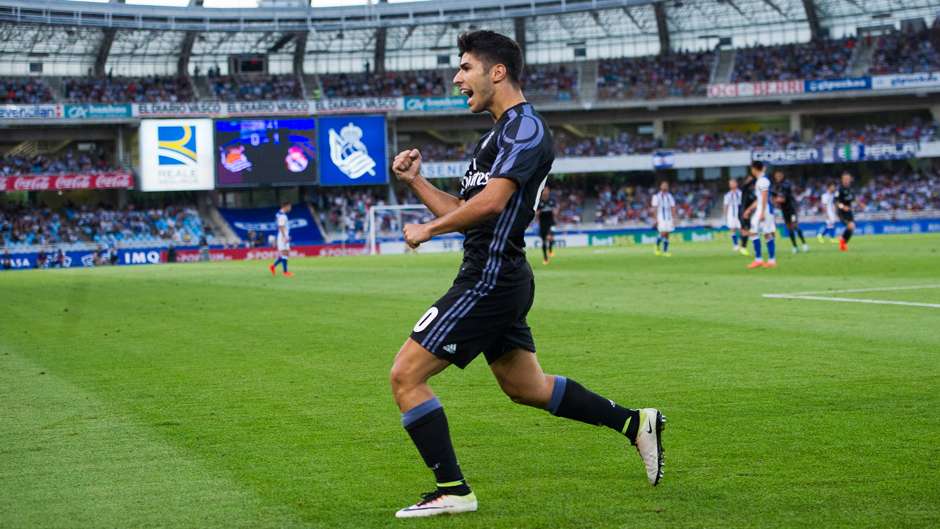 Chelsea are reportedly interested in a sensational summer move for Real Madrid attacker Marco Asensio. A deal of £119m is understood to be on the table but the Blues might risk losing Eden Hazard. He has been subjected to attention from the Spanish giants for quite some time and Real might be willing to let Asensio leave if they were to get Hazard in return. That said, Chelsea are highly unlikely to agree to that but it is understood that they will look to tempt Real with a hefty price.

Both players essentially take up similar positions and if Asensio were to move to Chelsea in Hazard’s presence, he will get robbed of adequate game time once more. The main reason behind Asensio wanting to move out of Real is the fact that he is desperately in search of time on the field. Although he is immensely talented and filled to the brim with potential, Asensio has not been able to clock regular playing minutes at the Santiago Bernabeu this season.

Asensio has scored 4 goals and provided 4 assists so far in 27 appearances across competitions for the reigning European champions. That does not seem too bad but the fact is that he has appeared as a substitute quite frequently.

At 22 years of age, Asensio is need of regular playing minutes in order to develop and progress further and he certainly cannot get that at Real. However, moving to Chelsea is unlikely to help on that front since he will have to compete with a player like Hazard, who has been there for the Blues through thick and thin.

The only way this transfer might work is if Real convince Chelsea to let Hazard leave. Zinedine Zidane’s men have had a terrible season so far. They have done poorly in the La Liga as well as in the Champions League and they look merely like a shadow of their former selves.

Hence, the upcoming summer window will be a crucial period for them as they will need to find new recruits. To that end, signing a dynamic attacker like Hazard can work wonders for them and losing Asensio might be a small price to pay for that.

Regardless, Hazard has been a figure of consistency and reliability at Stamford Bridge over the years and the Blues will do everything they can to keep him there. While Asensio is a talented individual, he is certainly not worthy of swapping Hazard for.