So it was Liverpool youth/reserves vs Tottenham youth/reserves and Liverpool showed that they have that little bit extra strength in attack as Daniel Sturridge won the game for Liverpool with quality that Tottenham didn’t show. We look at how the Tottenham players performed:

Was easily the best Tottenham player and showed why Mauricio Pochettino sees him as such a dependable backup goalkeeper. Made 4 or 5 superb saves, with one from Origi’s shot that looked destined for the top corner.

Solid performance and always a good outlet. Created a few good chances with his crossing from the right, something he is excellent at.

The young Tottenham defender didn’t look out of place. For such a young defender, he looked comfortable, but made a few mistakes and struggled to get to grips with Daniel Sturridge at times.

Wimmer looked great when he broke into the Tottenham team last season following Jan Vertonghens injury. However, he was playing next to the experienced Alderweireld. Today he was expected to be the older head in the Tottenham defence and looked a bit shaky. This is to be expected though as he has hardly played.

Tottenham rely on their fullbacks to get forward and provide width, but Davies didn’t show enough quality going forward. It is hard to see him displacing Danny Rose as a first choice with performances like this.

The England international has had a very slow start to the season and is probably now behind Victor Wanyama in the pecking order. It’s easy to see why tonight. As one of the experienced heads in the team, it was up to him to lead by example but he just looked slow and ponderous. 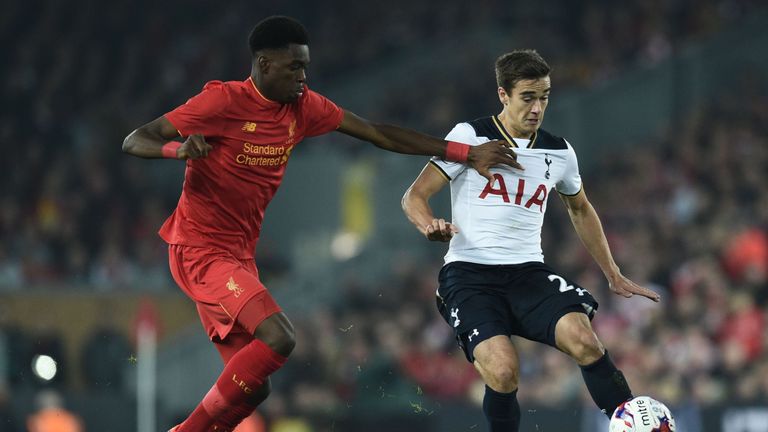 One of the few Spurs players to come out of this game with any real credit. He is an exciting prospect for Spurs and looks like he belongs. Brave and showed quality in possession, his passing is tidy and he looked to make things happen.

N’Koudou is still coming to terms with life in England and he looked sharp in the early stages. Needed to be braver on the ball and use his skill and pace to take players on, but always went for the safe option. His slip gifted Liverpool their opener.

It is quite surprising that he is still a Tottenham player, to be honest. He hasn’t developed at all in the last 5 years. Neat and tidy in possession, but pretty anonymous.

A night to forget for the Spurs youngster, huffed and puffed but looked short on quality.

It was a game typical of Janssen’s recent ones. He was great at holding the ball up, but didn’t get into many goalscoring positions. Needs more support from the other players if Spurs are to see the best of him. Scored a confident penalty, however. 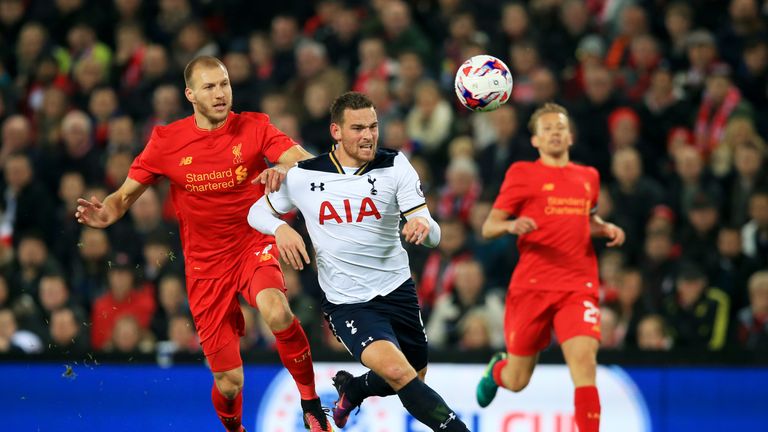 Showed why he is in the Tottenham team instead of Eric Dier when he came on. Quick, Sharp and Aggressive. He upped the Tottenham tempo as they looked to get back into the game.

Tottenham started creating chances when he came on. Won the penalty, should have had another and played a great ball for Harrison to put him through on goal.

It looked like the script was written for him to get Tottenham back into the game after Lamela played a high cross field pass to put him through on goal. His control let him down.