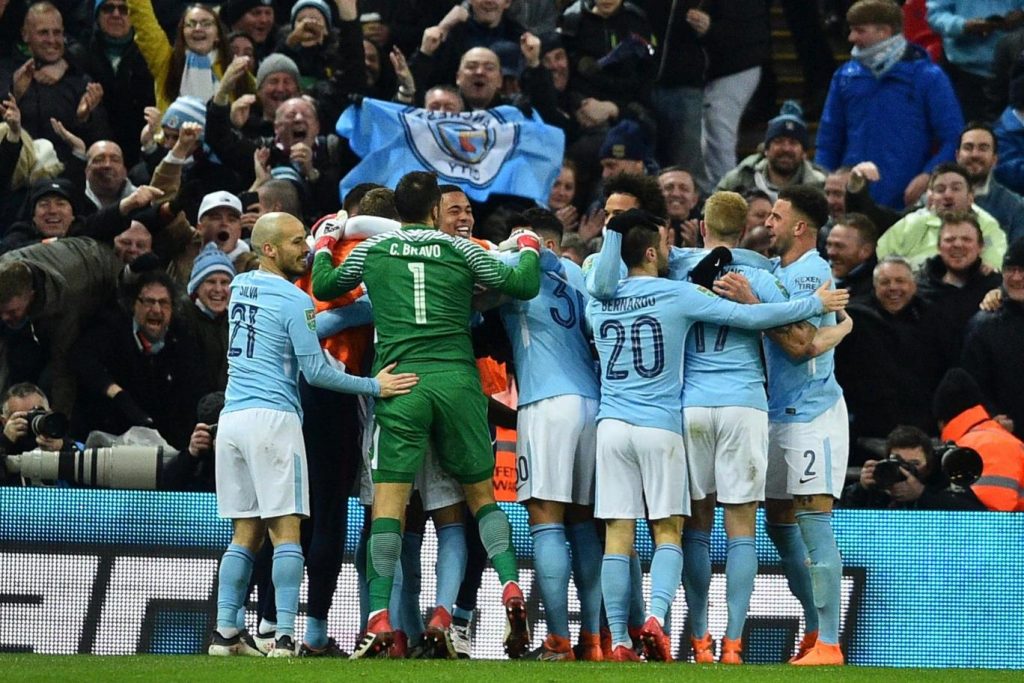 Manchester City travel to the Emirates to take on Arsenal for the second time in the space of five days. After having wrapped their hands around the Carabao Cup trophy, they will look to strengthen their title hopes by taking a larger lead, which is currently 13 points.

The Gunners, who are 10 points off the 4th place, will have to win against a mean looking City side in order to keep their Champions League qualification hopes alive. The contest will not be short of goals as both teams have scored 8 times in the previous nine clashes between them.

The Cityzens are unbeaten in 9 of their last 11 games versus Arsene Wenger’s Arsenal. If they come out on top in this fixture, they will match Arsenal’s season tally of 75 points last campaign.

Key man Fernandinho is set to be out with a hamstring injury. Gabriel Jesus came off the bench against Arsenal in the cup final and should decrease the burden off Agüero’s shoulders.

Nicolas Otamendi, who has been the most prolific Manchester City defender this season, should give way to the likes of Aymeric Laporte and John Stones. 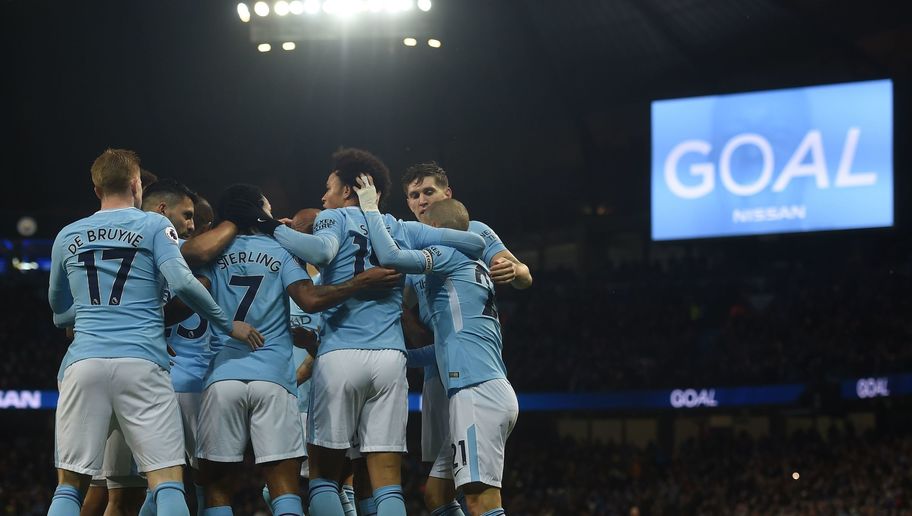 Manchester City’s style of football and forward play needs no introduction. Pep will stage a 4-3-3 line up as he has been doing, with the likes of Sane and Sterling on the wings.

Ederson should return in goal instead of Claudio Bravo, who put up a heroic performance last time out.

Walker’s passion and deservedness won him a trophy. He will be all set to repeat his liveliness again.

Laporte has fit in well and is mostly going to replace one of the centre-backs. He is an excellent defender who reads the game quite brilliantly. He is a pin-point passer too.

Stones should come back into the side in place of Otamendi, who needs a break.

Delph should replace Danilo at left-back after he was suspended for the final. He adds a fierce attacking edge to the side and knows his role full well.

The pass master continues to impress game after game, despite the workload. Yet again, his presence will be there to pile further misery on the Gunners.

Gundogan will have a more laid back, conservative role in the absence of Fernandinho. However, his clever runs into the box are more than enough to send any side packing.

Silva’s quick thinking and ability to create openings from nowhere has been a highlight. He will continue to play in the midfield.

The pace, precision and skill of Sterling will be seen at right-wing. He dictates the attack quite exquisitely along with Kyle Walker.

Sane runs at defenders, is daring and is a massive figure going forward. His ability to stretch the defence will be key.

Jesus should start instead of Agüero, who needs a breather ahead of a tougher clash against Chelsea. Before getting injured, the Brazilian was in red-hot touch.