Aston Villa 2-2 Hull City: The Lions produce a great fightback to come back after going 2-0 down.

Aston Villa really needed the win today and it showed, as they hurried and harried the Hull City defence from the word go. However, the match’s intensity soon shifted with the winds and the Tigers had momentum behind them. Both sides failed to make anything count, despite getting off early shots on target.

The crowd, however, were clearly itching to do some given Aston Villa’s form over the last few months, having not won a single home game since the end of November. To make things worse, Villa have only managed two wins in their last ten games, with three losses and five draws. This combination has seen Dean Smith’s side find themselves in 12th place and not even close to a promotion battle.

Eventually, Hull City opened the scoring via Jarrod Bowen, with the Tiger’s top scorer and in-form star scoring his 14th goal of the season. The 22-year-old looked to threaten the Villa back-line the most, among Hull City’s forwards, and eventually saw a well-hit shot fly past Lovre Kalinic. Things only went from bad to worse from there, with Evandro doubling Hull City’s lead via a brilliant volley after a rather lovely move. 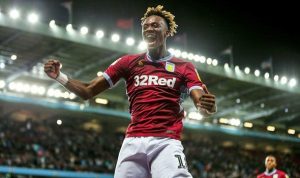 However, given their form, few fans at Villa Park expected a comeback and starting jeering at the home side, before Hull City had to make an enforced change. That might have given the Lions a bit of hope as they pulled one back via centre-back James Chester, from what was a delicious free-kick. The former Hull City, Manchester United and West Brom defender made no mistake what-so-ever and head the ball past David Marshall.

The half-time whistle left things hanging there and while Villa did come out of the gates steaming against the Hull City defence, the Tigers held their own on more than one occasion. But eventually, with the home side piling the pressure on the Tigers, their defence cracks and Tammy Abraham keeps his cool, to slot his blocked shot past goalkeeper David Marshall.

That was all it took and the home stadium finally looked relieved and urged their side on, but that was all the action in the end, as it ended in a draw. While Hull City did have a game-winning chance late on, it was smothered by Lovre Kalinic giving Villa fans hope for the future. The draw does, however, allows Villa to leap-frog over Queens Park Rangers into 12th palace, level on points but with a better goal difference.

They will have to improve everything going forward, with games against Ipswich Town, Reading and Sheffield United coming up.

Here’s what some of the Villa faithful had to say about the result:

When @tammyabraham leaves in the summer because we don't get up he should be sent off as a hero. He's never given anything less than 100%! Superb player with a huge future, we were lucky to have him. #avfc #tammy

FULL TIME
Aston Villa 2-2 Hull City
Villa get a comeback draw at home after coming from two goals down but it's another game without a win for Dean Smith's side. Hull will be disappointed they couldn't hold onto their lead too as either team could have won this game #AVLHUL

To go 2-0 down was thinkin here we go another 3-0 but great fight from the lads .. will take 2-2 Hull were in great form