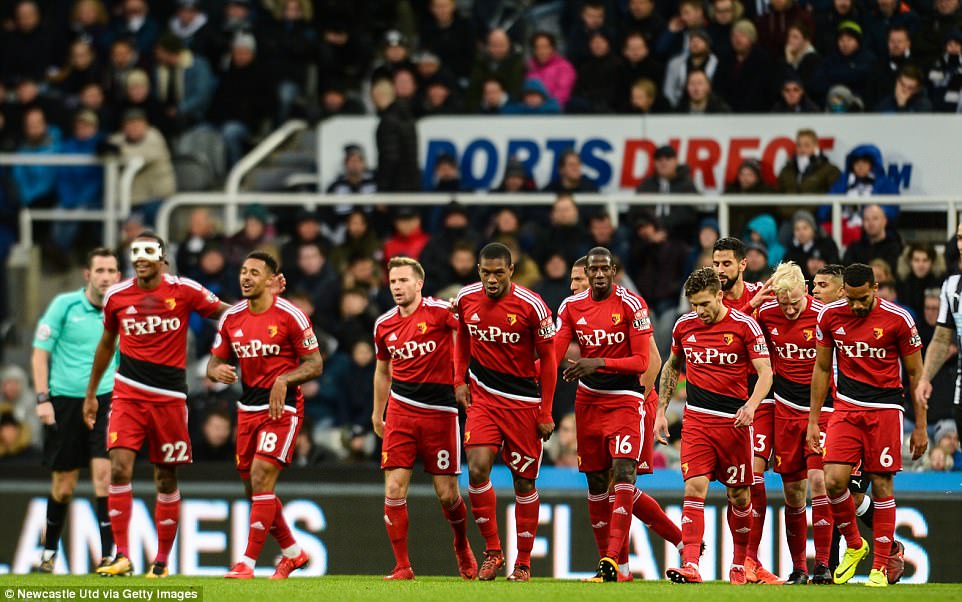 Predicted Watford Lineup To Face Southampton In The FA Cup

Watford FC will begin their new era under manager Javi Gracia when they take on Southampton in the 4th round of the FA Cup at the St. Mary’s on Saturday.

The Hornets recently sacked Marco Silva from the managerial position owing to the run of poor results over the last month or so and have brought in former Malaga boss, Javi Gracia. The 47-year old will have a huge task at his hands to turn things around at Watford over the coming weeks and he would be keen on starting off his reign with a win over the Saints in the cup game.

Watford are plagued with injuries going into the game. As many as 12 first-team players are injured, with the likes of Kiko Femenia, Will Hughes, Molla Wague, Miguel Britos, Younes Kaboul, Isaac Success, Craig Cathcart, Nathaniel Chalobah and Tommy Hoban all ruled out. Troy Deeney is ill and is a doubt for the game. Veteran shot-stopper Heurelho Gomes, left-back Jose Holebas and midfielder Tom Cleverley are close to a return.

With Gomes just returning to full fitness, Gracia might choose to start Greek goalie Orestis Karnezis between the sticks.

At right-back, Netherlands international Daryl Janmaat is expected to continue in the absence of summer signing Kiko Femenia.

In the heart of the defence, Austrian centre-back Sebastian Prodl is likely to take the field against the Saints.

Partnering Prodl at the back should be Belgian international Christian Kabasele. Will have to deal with the threat of Manolo Gabbiadini.

With Jose Holebas recovering from an illness, the new manager is likely to go with Marvin Zeegelaar at left-back.

The Frenchman had been one of Watford’s best players in the first half of the season. Should occupy a spot in the midfield.

Partnering Doucoure in the middle of the park should be Etienne Capoue. Didn’t see a lot of game time under Silva but will be hoping that it changes under Gracia.

On the right flank, it should be on-loan winger Andre Carrillo, who scored in Watford’s 3-0 win over Bristol City in the previous round of the competition.

In the No.10 role, former Juventus man Roberto Pereyra is likely to get the nod for Saturday, with Tom Cleverley not available.

On the left wing, Brazilian sensation Richarlison is expected to feature from the get-go. Will be Watford’s biggest threat going forward.

Leading the line for the Hornets should be Andre Gray. With Troy Deeney a doubt for the game, Gray would want to put in a strong display.