After nearly 12 years in a Manchester United shirt, Michael Carrick is set to hang up his boots at the end of the season. The 36-year-old played his last Premier League game against Watford on Sunday and will join Jose Mourinho’s coach staff at Old Trafford this summer.

Carrick has made over 300 appearances for Manchester United since joining from Tottenham in 2006. Having got the No.16 jersey after Roy Keane’s departure, Carrick made the number his own, alongside Paul Scholes. He is the last man standing from the team that won the 2008 Champions League in Rome.

Needless to say, the 36-year-old’s departure will leave a big void in midfield, which makes it vital for Mourinho to find a perfect player to replace him.

Five Premier league medals, one Champions League, one FA Cup title, one League Cup, and a Club World Cup title are the honours Carrick has lifted as a United player. With the English midfielder now out of the picture, here are three replacements United must consider in the summer. 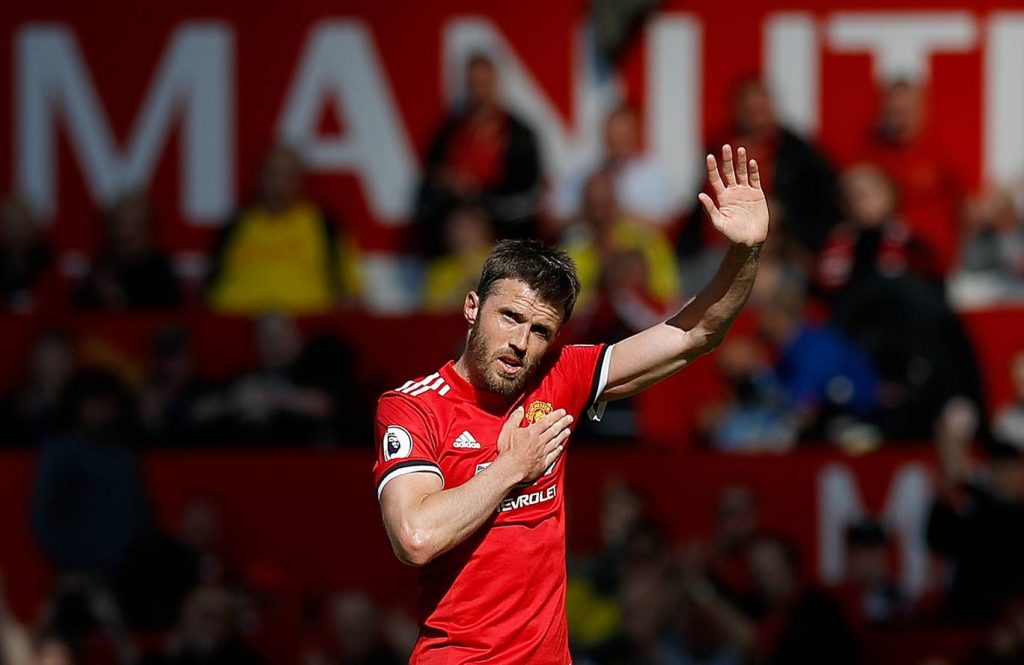 Jorginho has been heavily linked with a move to the Premier League this summer, with Manchester City and Liverpool also being reportedly keen on securing the £53m-rated midfielder’s services.

The Italian international is known for his calmness on the ball and ability to read the game. He has made his name at Napoli due to his exceptional set of passing skills and defensive attributes. Jorginho’s versatility means he would be a useful asset at United next season.

Jorginho’s passing ability is up there with the best and he plays in a similar style to Carrick. A deep-lying playmaker capable of controlling the pace of a game, the 26-year-old has been a critical part of Napoli’s rise under Maurizio Sarri.

Verratti is one of the most rounded midfielders in world football and possesses top attributes that every modern player dreams about. Capable of running the game from a deeper position, he is the example of a classic deep-lying midfielder.

With a silky touch and an eye for goal, the Italian with his wide range of passing abilities dictates games at PSG. He could offer a creative option from midfield that United have lacked at times this season and his addition would add also give Paul Pogba the license to express himself freely.

Verratti covers a lot of ground, never shies away from tackles and challenges, and is a player who stays committed to the cause. At times, he has paid the price for being far too reckless but at 25, he has all the time to mature and improve.

While he is likely to command a substantial fee, United must break the bank to sign Verratti in the summer.

For when one gets the chance to see Jean Michael Seri in action, the first impression would be that he rarely puts a foot wrong in whatever he tries to do.

At Nice, he usually plays as part of the midfield two. He has the ability to pick up the ball from deep, bring his teammates into the game and release a through ball for the attackers to chase down. The Ivorian is an all-action midfielder as he is not solely defensive and not entirely flamboyant.

An energetic box-to-box presence with the technique to match, Seri has established himself as one of the best midfielders in France. Versatile, hard-working, composed and reliable, the 26-year-old has all the tools to replace Carrick at United.