Arsenal’s FA Cup third round win over Tottenham came with a price of  Theo Walcott’s knee. The attacker was stretchered off after a tackle with Spurs left back Danny Rose. Walcott famously taunted spurs fans with a cheeky smile back in January.

It was later confirmed that the English star will have to undergo a knee surgery which will keep him out action for the remainder of the season and England’s activities in Brazil next month.  Theo Walcott who joined social networking site Twitter yesterday, tweeted pictures of his knee in various stages of recovery. He posted the snap below with the message:  “Over 4 months since op – knee getting stronger every day.” 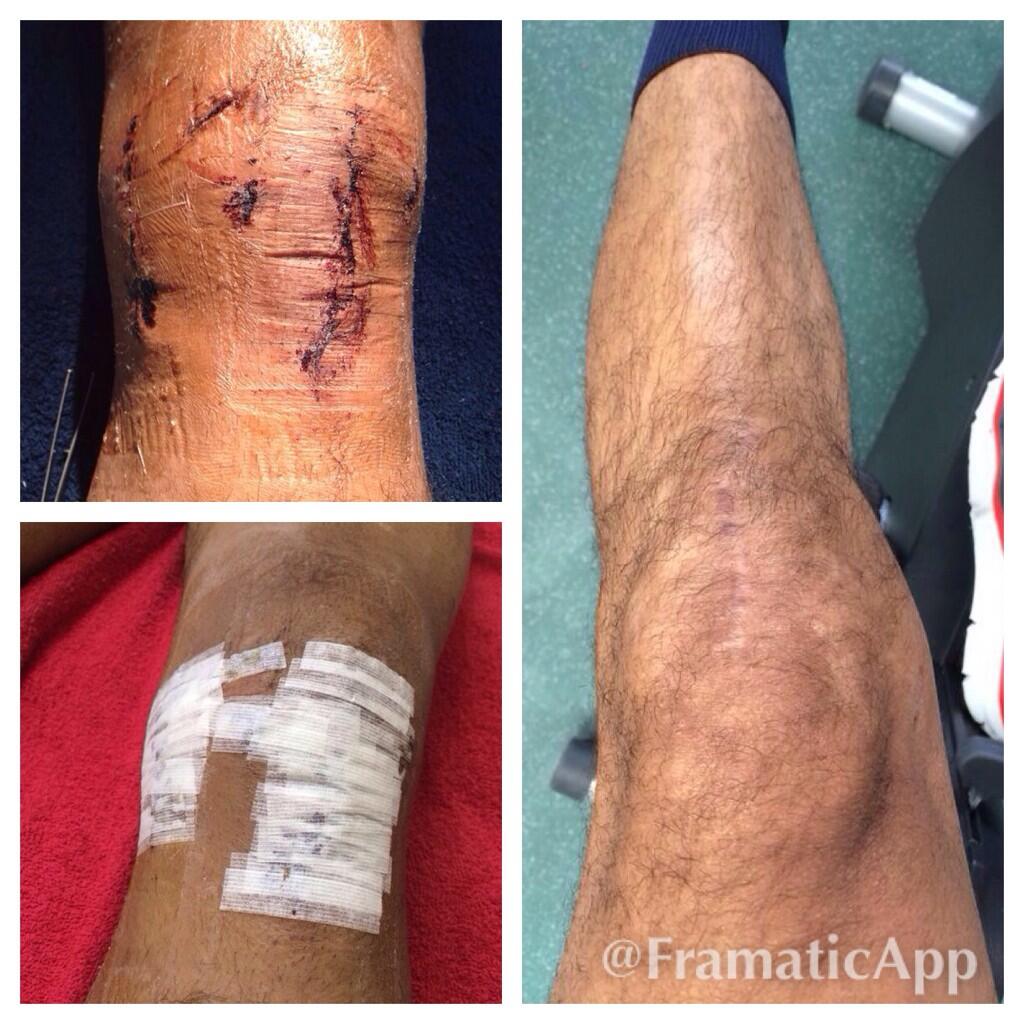 Over 4 months since op – knee getting stronger every day