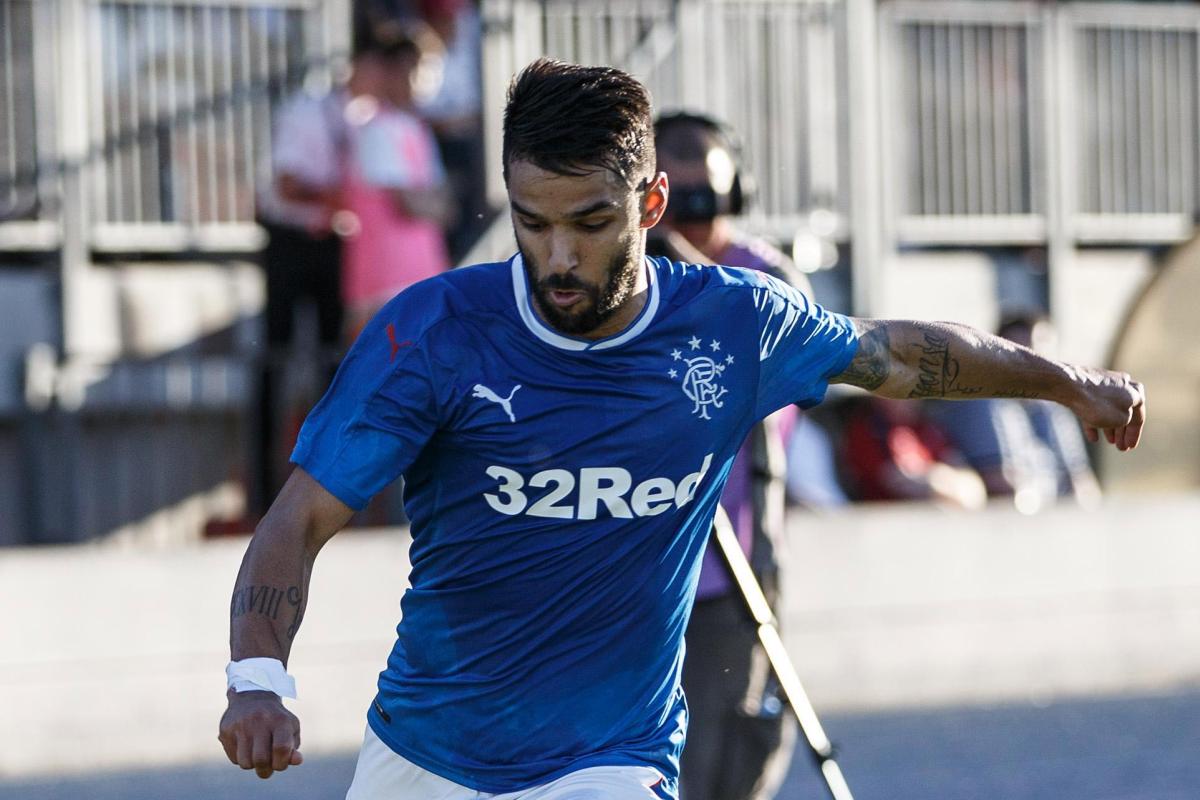 Good job Rangers: Why signing a new contract with this key player can work wonders for the club

Rangers recently confirmed that winger Daniel Candeias has signed a new contract with the club, extending his stay until the summer of 2020.

Candeias joined the Gers last summer from Portuguese side Benfica for a fee of £700,000 and has become a pivotal player of the side in his short spell at the Ibrox Stadium.

While the likes of Josh Windass, Alfredo Morelos and James Tavernier have been drawing all the plaudits and hogging the limelight for their performances, Candeias’ contribution to Graeme Murty’s side seems to have gone slightly under the radar.

Candeias has made 36 competitive appearances for the Gers in his first season so far, scoring six goals and contributing eight assists – the highest by any player in the Scottish Premiership this season. The 30-year old Portuguese ended a five-game goal drought last week to score against Rangers’ arch-rivals Celtic. And while the Light Blues did end up on the losing side, Candeias’ performance on the day endeared him to the club’s support even more.

A major factor in the Gers’ excellent form of late has been their wing-play from the right side where Candeias has struck up a brilliant partnership with right-back James Tavernier. The two have developed an almost telepathic understanding down the right flank for the Gers, which has helped Tavernier also elevate his game up a level in this campaign.

Candeias has shown that he can be an effective outlet going forward down the right side, but his defensive play is also something that needs to be recognized and praised. The former Portugal youth international works extremely hard down the flank and is always available to help out his side defensively which has also led to improvement in Tavernier’s game as well.

The 30-year old may not be the flashiest of the players, but he goes about his duties diligently and shows great attitude when on the field. Fast and tricky, Candeias has the ability to hit in wicked crosses into the box from the right and as mentioned above, he isn’t shy about performing his defensive duties either. His endless energy levels and commitment has made him quite a popular figure among the Gers’ fans.

Former manager Pedro Caixinha made a lot of transfers at the beginning of the season in order to help Rangers get back to competing on equal footing with Celtic. Most of his signings like Carlos Pena, Dalcio, etc., have been forgotten, just like Caixinha himself. But, Candeias has been an exception and has proven his worth to the Gers and after having extended his stay at the Ibrox, the club are sure to reap benefits.