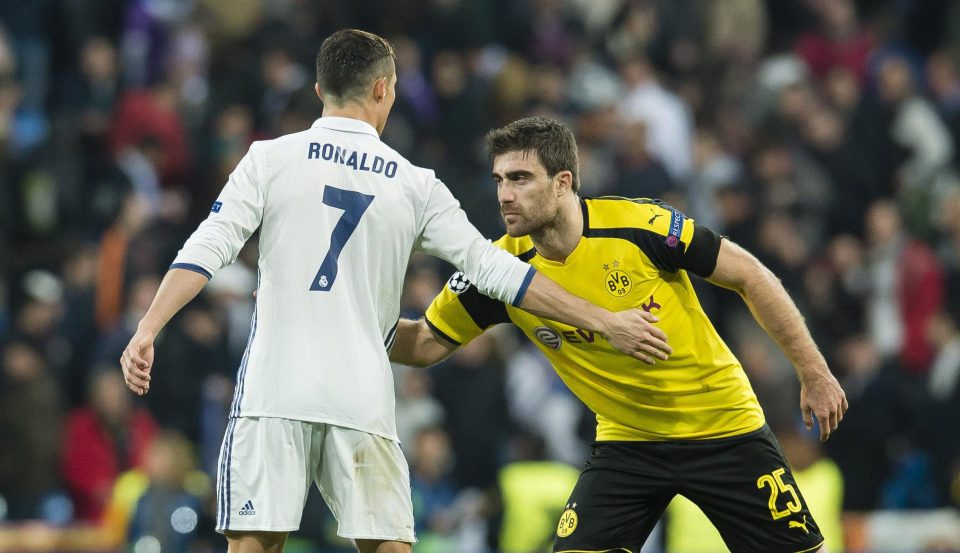 According to reports, Real Madrid are lining up a move for Borussia Dortmund’s defender Sokratis Papastathopoulos as a replacement for their ageing defender, Pepe. The Portuguese defender turned 33 and has rarely featured this season and with his contract set to expire at the end of the season, there has been no development with regards to a new deal. It is believed that the player is not keen on the renewal, owing to his inability to break into the playing XI on a regular basis.

With Pepe’s departure, if it happens, Madrid will be left with only two recognised centre-backs in captain Sergio Ramos and Raphael Varane, along with Nacho who can fill in at the heart of the defence. So, a central defender is high on the Madrid’s shopping list and the management at the Santiago Bernabeu believe that the 28-year old Sokratis could be the ideal alternative.

Sokratis joined the Die Schwarzgelben in 2013 from Werder Bremen for a reported fee of €9.5 million. And after playing second fiddle to the first-choice centre-back pairing of Neven Subotic and Mats Hummels for a year, he became a regular starter in the Dortmund line-up. Adept at playing as a right-back and at the centre of the defence, the Greek international has made 134 appearances for BVB in all competitions and has scored 5 times as well. 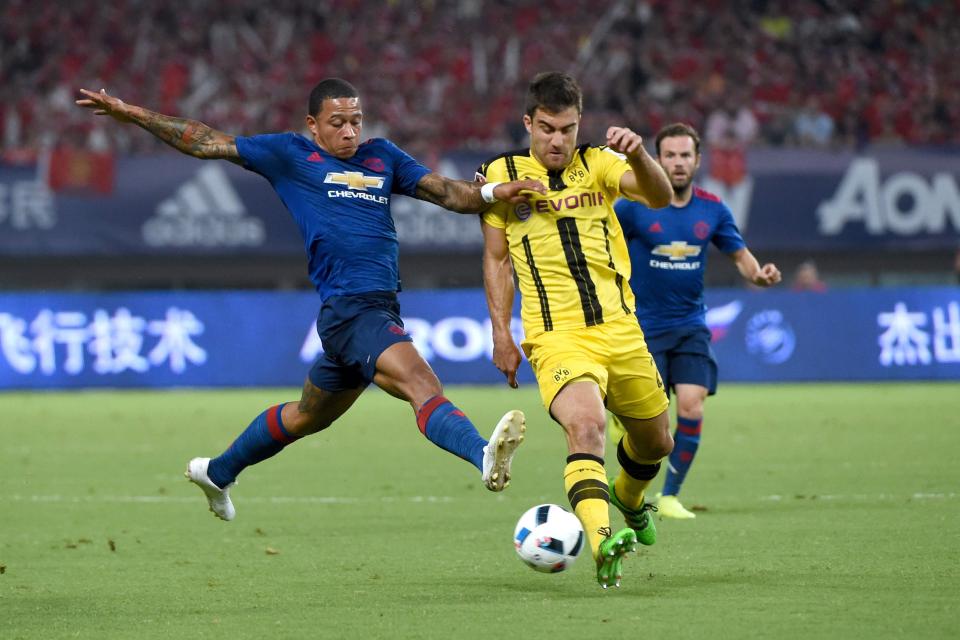 He has been brilliant this season for Thomas Tuchel’s team, despite Dortmund’s recent run of bad results that sees them in the fifth place in the Bundesliga standings. Having made 12 appearances in the German top division, Sokratis has been extremely solid in defence and has made no single defensive error this season. He has shown his abilities to read the game and his situation awareness having made a successful 18 interceptions and 38 clearances so far this term.

Sokratis, at 6ft 1in, is no slouch physically, and is exceptionally strong when it comes to aerial duels, and has won 35 of his 55 attempts for the ball in the air. He is also an aggressive tackler and possesses a good turn of pace, that helps in tricky situations in defence. And he is equally good with the ball at his feet. The 28-year old has had a 75% success rate in his attempts to go past an opponent this season with the ball at his feet. He also possesses a keen eye for a pass, as indicated by the 89% success rate in his 996 attempted passes and 3 chances created so far this season. A whopping 81% of these passes have been made in the forward direction, showing that he could be very comfortable with building the play from the back.

A no-nonsense, physical defender, with great strength on the ball and in the air and immense work ethic, Sokratis fits the bill perfectly for the Los Blancos. And at 28, he still has good 4-5 years of top football left within him. However, having signed a contract extension only a year ago, that will keep him at the Signal Iduna Park till 2019, it might prove to be a little tricky to prize the Greek away from Dortmund and the FIFA transfer embargo that Real Madrid are facing complicates the situation further. But one thing is for sure, if Madrid does get their hands on Sokratis, they will have a top-class defender in their ranks and he could go a long way to fill in the void of Pepe.