Why Huddersfield should make a January move for Eboue Kouassi

The future of Eboue Kouassi in the Celtic first-team squad doesn’t look too great after the Daily Record reported that the 20-year-old midfielder was given the green light to leave the club in the summer transfer window.

Kouassi, 20, signed for Celtic in January last year for a fee of £3million from Russian side Krasnodar. He has managed just 19 appearances for the Hoops, with his last outing coming in the 1-0 defeat to Hearts at Tynecastle last month.

Kouassi is contracted to Celtic until the summer of 2021 but with the arrival of Youssouf Mulumbu and skipper Scott Brown ahead of him, the young Ivorian is better off leaving Parkhead in January to revive his career.

When Kouassi arrived from Krasnodar last year, he was tipped to be a long-term replacement for the ageing Scott Brown. Clearly, things haven’t quite panned out and the fact that he was told to find a new club is not a positive sign.

If Kouassi decides to move on from Celtic in the winter transfer window, Huddersfield Town must make a move for him. Huddersfield have had a disastrous start to the new Premier League campaign, having amassed just two points from four games. They are currently just above the relegation places.

While Town’s defence has been all over the place, having conceded 10 goals in the first four games, it is the midfield that has flopped. Aaron Mooy has looked sluggish and is yet to find his best form this season, while the likes of Jonathan Hogg and Philip Billing have underwhelmed.

Wagner has lacked a combative presence in the middle of the park and he could do a terrific job if he manages to land Kouassi in January.

Kouassi is an energetic midfielder who is known for harrying and hassling the opposition. He could take up the deep-lying playmaker’s role at Huddersfield and dictate the tempo of the game with his crisp passing. The young Ivorian possesses an impressive distribution in the middle of the park. 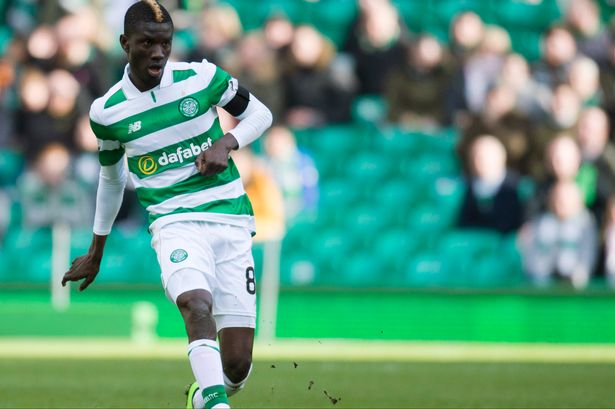 Kouassi is a non-stop runner on and off the ball, a fantastic tackler and a player who can read the game very well from the base of the midfield. The 20-year-old will add more depth and strength to the Huddersfield midfield, meaning Wagner should go all out to sign him from Celtic in January.

A move to Huddersfield could be a great chance for Kouassi to rescue a dwindling career that started with so much promise at Celtic but has fallen apart this season.

Given that Kouassi is out of favour at Celtic, Huddersfield can try their luck to sign the player on a permanent basis. He might not cost too much and if Wagner can somehow convince the club hierarchy to sign the Ivorian, things would improve for the Terriers.