Why Everton must make a move for Ljubomir Fejsa in January

A gritty display went in vain for Everton when a bizarre late goal saw them suffer a heartbreak in last Sunday’s Merseyside derby against Liverpool at Anfield. But the clash at Anfield was a timely reminder of how Everton have improved massively under Marco Silva.

Marco Silva has not only changed the dynamics of Everton but has also instilled a fighting spirit in the team. The Toffees have played some eye-catching, free flow brand of football under the Portuguese tactician, with forwards Bernard, Richarlison, Gylfi Sigurdsson and Theo Walcott working well in tandem.

But concerns remain over Everton’s midfield as they have lacked solidity this season. Andre Gomes has impressed massively since recovering from his injury but apart from him, none of the midfielders has performed to the standards. Idrissa Gueye has blown hot and cold, while Morgan Schneiderlin has not been trusted by Silva. 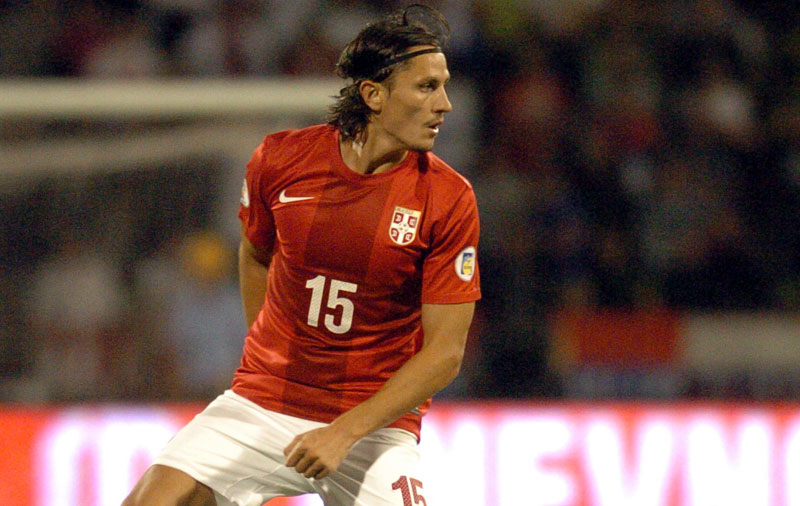 Morgan Schneiderlin’s failure to impress the manager has left Everton reeling for a defensive midfielder in the team. Without the Frenchman, the Toffees don’t have a strong defensive midfielder to be relied upon. That said, Everton must target Benfica star Ljubomir Fejsa in January.

Ljubomir Fejsa, 30, is a highly decorated player who plays for the Serbian national team. The 30-year-old has won 10 league titles in a row, which includes five consecutive titles with Benfica, two with Olympiakos before that and three with Partizan Belgrade. However, he failed to guide Benfica to the league title last season as FC Porto reigned under Sergio Conceicao.

Everton need a player who can hold the team and galvanise them to reach their targets this season. At 30, Ljubomir Fejsa may not be a long-term solution to Everton’s midfield but his experience and winning mentality would prove invaluable, while also adding some much-needed aggression to the squad.

Known for his ability to break up the play and win back possession for his team, Fejsa excels with his superior game-reading in central midfield. The Serbian is a decent passer but his ball-retention skills are second to none. He also has the composure and the eye for a pass that enables him to dictate the pace of the game from the middle of the park.

Furthermore, Fejsa is capable of dominating the opposition with his strength and aerial ability. He is a fantastic tackler and has a good technique for a holding midfielder. He is aggressive, powerful, strong and that makes it very difficult to dispossess him.

Read more: Everton signing this out of contract Chelsea star for free would be an absolute steal

To put things into perspective, Fejsa would be a good addition to Everton’s midfield. He is the sort of player who can be relied upon to produce consistent performances throughout the season.

That said, Everton should go all out to land the Serbia international in January.