Why Marcelo Brozovic Would Be A Brilliant Transfer For Everton

The Croatian midfielder has been linked with a move away from Italy throughout this month with Arsenal and Liverpool mooted as potential suitors. And now Everton also seem to have jumped on the bandwagon and are trying to strengthen their squad.

The Toffees currently find themselves in ninth position in the Premier League with the move to bring in Sam Allardyce seemingly paying off. However, they have gone a run of seven games without a win in all competitions now, which has prompted the former England manager to look for reinforcements in the transfer market.

The Merseyside club have already brought in Turkish striker Cenk Tosun from Besiktas this month, which was followed by the signing of winger Theo Walcott from Arsenal. However, more arrivals are expected to come through at Goodison Park before the end of the window, with a left-back being the top priority.

The Toffees seem well-equipped in the midfield area, with plenty of options at the manager’s disposal in the form of Idrissa Gueye, Morgan Schneiderlin, James McCarthy and Tom Davies. However, McCarthy picked up a serious injury last week in their 1-1 draw against West Bromwich Albion, which is likely to rule him out for a good part of the year. This has led to Allardyce and Everton’s interest in making an approach for Brozovic. 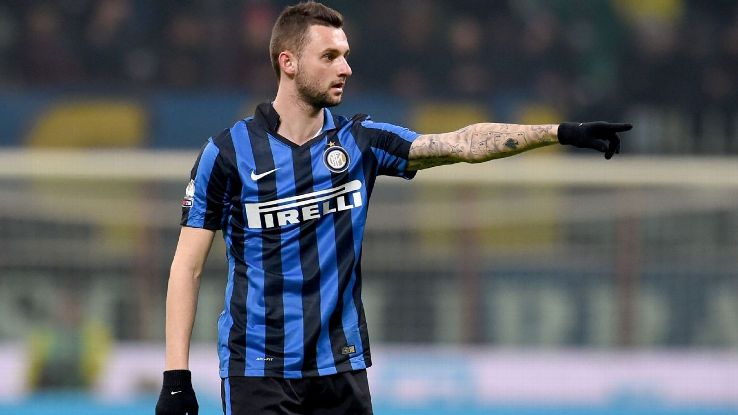 Inter Have Big Plans For A New Arrival

The 25-year old has featured in 15 Serie A games for the Nerazzurri this season, in which he has managed three goals and two assists. But Inter are reportedly willing to let go of their man, as they wish to sign Javier Pastore from PSG.

Brozovic may not have had the most spectacular of seasons, but has been growing in stature at Inter with each passing year and is regarded as one of the most promising midfielders in the game. A quality player, who can star anywhere in central midfield, be it in an attacking role or in a withdrawn role, Brozovic will bring in some serious versatility and quality to Everton.

A brilliant passer of the ball, the Croatian is blessed with great technical ability and has the vision to pierce defences, while he is also equally responsible in performing his defensive duties. A 32-time capped Croatian international, Brozovic also has age on his side given that he only turned 25 a couple of months ago.

With McCarthy set to be sidelined for a considerable amount of time, Everton could do with some reinforcements in the middle of the park and given the talent and the potential that Brozovic has shown, he would only grow further and could prove to be a brilliant signing for the Toffees.