Celtic striker Leigh Griffiths is on the verge of signing a new contract with the club, as per reports from the Daily Record.

The 27-year-old, who still has three years left on his existing deal with the Scottish champions, having signed a new deal two years ago, has revealed that his representatives are in negotiations with the club over a new contract as he wishes to commit his long-term future to the club. As quoted by the Daily Record, he said:

“I’m hoping there will be a bit of news before the season is out. I’ve still got years left, so I am not sweating over it.

“I’m still looking to commit my long-term future here. We need to iron out every detail but I’m hoping it’ll be done before the season is out.” 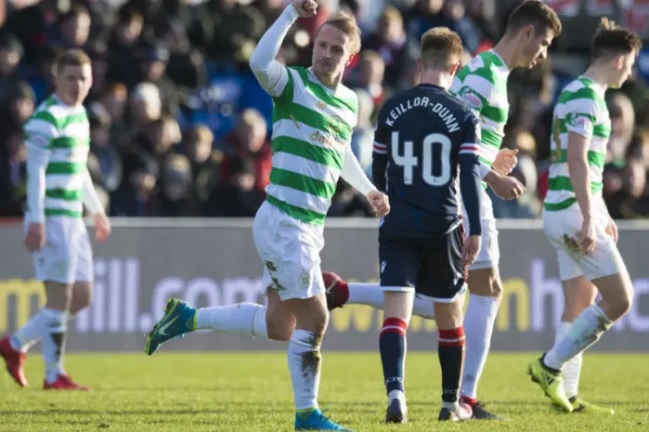 The 17-time capped Scottish international is a hugely popular figure at the Parkhead ever since he moved to the club from English club Wolverhampton Wanderers back in January 2014. He has been a key part of the success that the club have achieved under Brendan Rodgers in the past couple of seasons.

Griffiths, since joining the Hoops, has gone on to make 183 appearances across all competitions, scoring 98 goals in the process and registering 43 assists.

During his time with the club, the 27-year-old has won 5 Scottish Premiership titles, along with 3 Scottish League cups and one Scottish Cup, with a second one looking like a strong possibility, given that Celtic take on Motherwell in the finals this weekend.

Having enjoyed a stellar 2015/16 campaign, where he went on to plunder 40 goals, Griffiths has failed to reach similar numbers in the subsequent seasons but continues to be an integral part of Rodgers’ side.

The Scotsman contributed with 18 goals and 15 assists last season, playing an important role as the Bhoys went on to finish the season unbeaten and complete a historic treble. 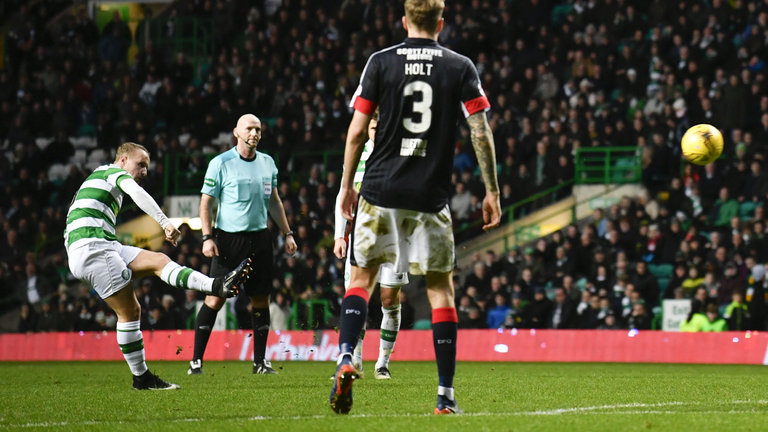 The 2017/18 season has been a stop-start campaign for Griffiths though, as he has had constant troubles with injuries throughout the course of the term. As a result, he has had to play second fiddle to Moussa Dembele and Odsonne Edouard at times.

Nevertheless, the Scotland international has chipped in with 13 goals and 8 assists in 38 appearances across all competitions, playing his part in the club’s domestic domination.

Despite a difficult season, the 27-year-old remains a prolific goalscorer in the Scottish top flight and has established himself as a firm fan favourite at the Parkhead owing to the passion and the commitment that he shows on the field.

Griffiths might not be the most stylish or the classiest of players on the field but his attitude and winning mentality set him apart. He also has the goalscoring record to back it up. This is the reason why Celtic are probably looking to tie him up on another long-term deal, which is a great development for the club and the player himself.