Ben Osborn played a key role for Nottingham Forest last term. The 23-year-old excelled throughout the campaign, even though his hard work went unnoticed at times.

Although the Reds finished 17th in the Championship, bigger clubs have been monitoring Osborn’s progress. Stoke and Newcastle are reportedly interested in the midfielder and might be tempted to make a bid within the coming weeks.

It seems unlikely for Forest to accept a bid from a Championship rival, such as the recently-relegated Stoke. Aitor Karanka certainly wouldn’t be happy to strengthen a direct opponent ahead of the next season.

However, if Newcastle come knocking on Osborn’s door, it might be hard to keep him at City Ground. And honestly, he could be a decent option for the Magpies. 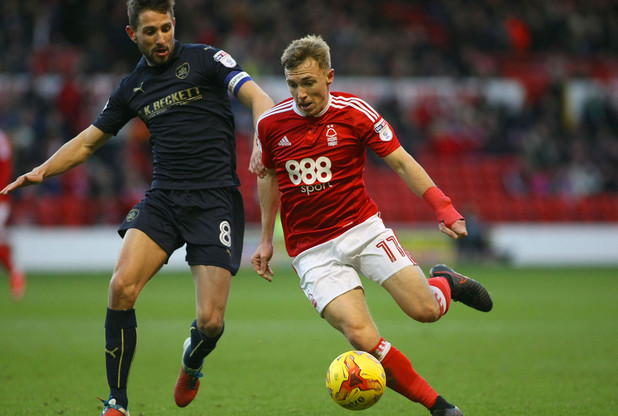 Rafa Benitez clearly lacks deep financial resources but Osborn should be a relatively budget-friendly option for the club.

Given his calibre and potential, the former England U19 international would be a great option for any side. He’s versatile and can play in a number of positions.

Over the course of the last season, Osborn predominantly played as a left-back under Karanka and performed well. However, he’s productive to a greater extent in a central midfield role. If called upon, he could be used as a midfielder on the left side too.

And for a club like Newcastle, they must value footballers who can play in a number of positions.

Newcastle have released the likes of Jesus Gamez and Massadio Haidara. The Magpies could use Osborn at left-back but considering the situation, he might be utilized in the middle of the park instead.

The relationship between Jack Colback and Benitez appears to have reached a freezing point, leaving the Spaniard with Jonjo Shelvey, Mikel Merino, Isaac Hayden and Mohamed Diame as central midfield options. If one of them were to get injured, it will spell trouble for Newcastle.

The big question is whether Osborn is ready to make the leap from the Championship to the Premier League. The reality in both divisions is quite different but from what we’ve seen so far, Newcastle could do a lot worse. Thus, Ben Osborn seems like an amazing option for them.