Newcastle United enjoyed a fairly solid season on their return to the Premier League. Having earned promotion from the EFL Championship, the Magpies managed to secure their top-flight status for next season and also achieved a top-half table finish, ending the 2017/18 campaign placed 10th.

A lot of credit goes has to go to the tremendous work done by manager Rafael Benitez and the players too have done very well to respond to the Spaniard’s tactics.

Captain Jamaal Lascelles led the team by example, while Ayoze Perez and Matt Ritchie provided the goods in the attacking third. January loan signings Martin Dubravka and Kenedy too played important roles for the Magpies.

Along with all these players, there was another standout performer who was pivotal for Newcastle – midfielder Jonjo Shelvey.

The season began in the worst possible manner for the Englishman, with a red card in the very first game against Tottenham Hotspur, which once again cast a shadow over his temperament and discipline.

However, the England international gradually improved over the course of the campaign and finished in style, starring in the 3-0 win over Chelsea on the final day of the campaign.

Such was his form towards the back end of the season that there were strong chances of him getting included in the England squad for the summer’s FIFA World Cup in Russia.

While that did not come to fruition, Shelvey once again highlighted that if he curbs the reckless side of his game, he can go places.

The 26-year-old will have a huge role to play in the upcoming campaign as Benitez and Newcastle look to improve upon their impressive season. However, for Shelvey to completely come into his own, Newcastle need to find a stable partner for him in the middle.

The Tynesiders have used Isaac Hayden, Mikel Merino and Mohamed Diame alongside the former Liverpool man in a two-man midfield. While none of them have been poor, they still lack that element of quality and consistency in their game.

One man who could prove to be the solution for this issue and serve as the perfect partner for Shelvey in the midfield is Eibar captain and Spanish midfielder, Dani Garcia.

The 27-year-old had been linked with a move to the St. James’ Park in the past two transfer windows but a move never materialised. However, with the player now confirming that he will leave the La Liga outfit in the summer after the expiry of his contract, the time is ripe for the Magpies to make a move.

Garcia made 32 appearances for the La Liga club this season and was an important cog in the midfield engine room, helping his team to a 9th-place finish.

A quintessential Spanish defensive midfielder, Garcia is an intelligent operator who utilises his awareness and anticipation to sense danger and stop the opposition from building up the play. 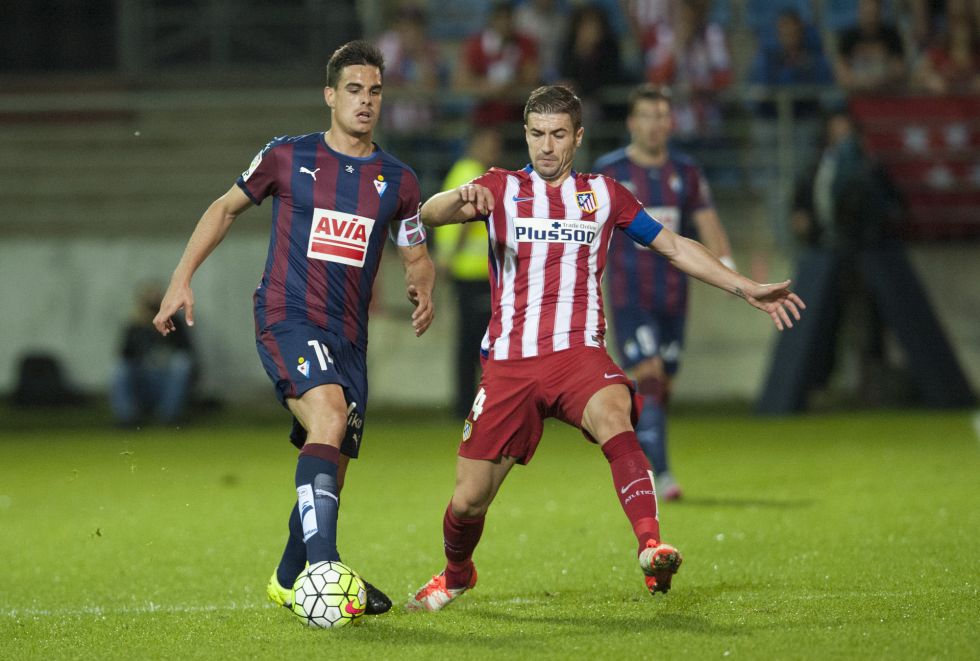 A strong tackler as well, the 27-year-old will add bite and defensive steel to the Magpies midfield. Moreover, the Spaniard also has the passing range to pick out the runs of the speedy Newcastle wingers like Christian Atsu and Matt Ritchie out on the flanks.

With over 220 first-team appearances for Eibar, Garcia has gained immense experience and having been the captain of the club for quite some time now, he would know and understand the responsibilities that come with it.

The 27-year-old might not score and assist goals in huge numbers but his calming influence, coupled with the ability to screen the defence effectively could help unshackle Shelvey and get the best out of the Englishman.