N’Soki, 19, has rejected an offer to sign his first professional contract with Paris Saint-Germain. The left-back made his first-team debut for the Parisians last season in a 3-0 home victory over Caen, having graduated through the club’s academy.

But as things stand, N’Soki has just one year left on his current trainee contract but PSG are determined to hold onto to the France youth international having already lost Claudio Gomes to Manchester City in January.

The Magpies have added six signings this summer, as Salomon Rondon completed his move to Tyneside on Monday, following the signings of Martin Dubravka, Fabian Schar, Ki Sung-yueng, Kenedy and Yoshinori Muto.

Benitez has been working on a tight budget but he has to sign another left-back to offer Paul Dummett some competition. Dummett remains Newcastle’s only out-and-out left-back and while Javier Manquillo can also provide cover, the left-back position looks thin. Benitez cannot afford to enter the new season without a quality back-up.

Though young guns Callum Roberts and Victor Fernandez have done a fine job filling in at left-back during pre-season, they certainly cannot be relied upon for the whole season and the duo is better off in their preferred position as wingers. With very less time remaining to wrap up the deals, Newcastle United must get N’Soki on their books. 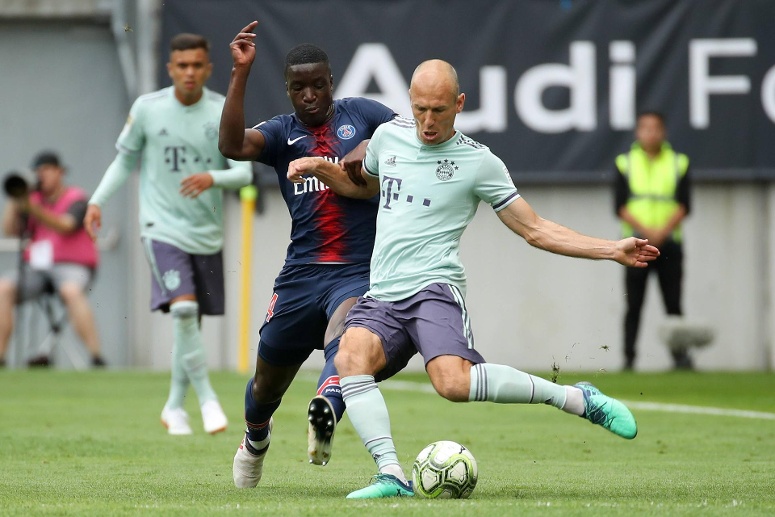 N’Soki signed for PSG as a youngster and progressed through Les Parisiens’ academy. He played for PSG at all age groups, including the prestigious UEFA Youth League, and made the step up to their B team in 2017. The Frenchman impressed at reserve level and while he made his debut for PSG in December 2017, N’Soki couldn’t bulldoze his way into former manager Unai Emery’s plans.

However, due to his sublime displays in the pre-season tour, PSG’s new manager Thomas Tuchel handed N’Soki with a start in last Saturday’s Trophee des Champions clash against Monaco. The Under-20 France international grabbed the opportunity and impressed, creating two goals during the 4-0 win over Monaco.

Read more: 3 free agents Rafa could look to sign for Newcastle ahead of the summer deadline – including this Ivorian

N’Soki is highly rated in his nation as he possesses a sky-high potential to go on and become a top full-back. But having made just two first-team appearances for PSG, N’Soki would come to Newcastle with a risk factor. He won’t instantly improve Benitez’s squad but looking at his potential, the 19-year-old N’Soki would be a gamble worth taking.