Why Niclas Fullkrug Would Be A Shrewd Signing By Newcastle United

According to reports, Newcastle United are one of the hosts of Premier League clubs interested in signing Hannover striker Niclas Fullkrug.

The 25-year-old has been in fantastic form this season, scoring 15 goals in 35 appearances in all competitions thus far. Such has been his form this season that he has an outside chance of making it to the Germany squad for the World Cup in Russia.

Füllkrug joined Hannover from Nuremberg in the summer of 2016 and has gone on to establish himself as one of the top strikers in the Bundesliga. Only Roberto Lewandowski, Nils Petersen, Mark Uth and Kevin Volland have scored more goals than Füllkrug this season.

Newcastle United have been crying out for a proven goal scorer for years now. 36 goals in 37 games tell us the whole story and it is not rocket science to understand why they are 10th in the table.

Rafael Benitez brought Islam Slimani on loan from Leicester City but the Algerian has failed to make a mark so far. Dwight Gayle has only five Premier League goals, while Joselu has been a flop since moving from Stoke. Aleksandar Mitrovic was given very little chances to impress this season before being shipped out on loan to Fulham. 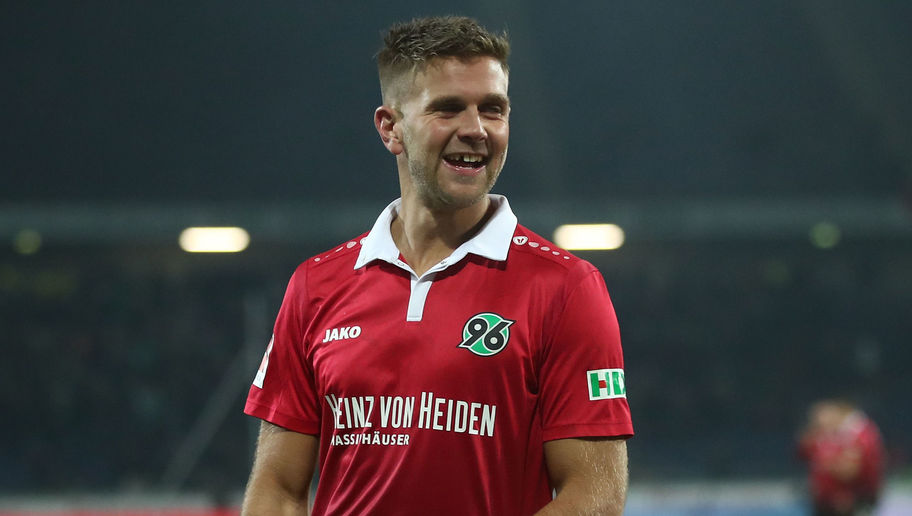 This clearly shows that the Magpies desperately need an all-round striker, who can deliver 15-20 goals a season. However, strikers with a pedigree of scoring goals consistently don’t come for cheap and Benitez has had to manage his team on a very low budget. But given that the Spaniard is a smart and intelligent tactician, he has the eye for bringing a centre-forward filled with goals at a cheaper cost.

Fullkrug, who is a hot property in Germany, is under contract until 2020 at Hannover and the club hope to get £8million for the striker.

With a strong physical presence, Fullkrug could give Newcastle a different dimension in the attack. Benitez is on the hunt for a clinical striker and the 25-year-old fits the bill perfectly at St.James Park.

Fullkrug has been deployed as an out and out striker but can operate on either flank and also behind the striker. He thrives on set-pieces and uses his strength and power to shrug off defenders before scoring.

Fullkrug’s sudden burst of pace would suit Newcastle’s other attacking players such as Ayoze Perez and Jonjo Shelvey, and he could prove a useful asset to the side. The German is a natural goal-scorer and if he plays regularly and stays fit, he will definitely score a plenty of goals.

With the current striking options failing to deliver this season, Benitez will be in need of another striker ahead of next season. Despite Fullkrug’s lack of Premier League experience, throwing £8million on him would certainly be worth a gamble.