According to a report by The Mirror, Leicester City are interested in a summer swoop for Lokomotiv Moscow centre-back Solomon Kvirkvelia.

The 26-year-old played a key role in his club’s title triumph last season and his exploits have understandably attracted Leicester’s attention. Having recently signed Jonny Evans from West Bromwich Albion, one might wonder as to whether the Foxes require another player in the same department.

The talented defender embarked on his career at Rubin Kazan and went on to play 100 games for them, following which he joined Lokomotiv last year on a four-year contract. Kvirkvelia is quite robust in his style of play, which is aided by his tall frame.

Standing at over 6ft, Kvirkvelia is a beast of a centre-back. His height often proves to be advantageous in aerial encounters, making him a solid force to reckon with.

On the ground, he looks like a brilliant choice and if Claude Puel manages to sign him, Leicester will have one of the strongest central defence pairings in the Premier League next season. 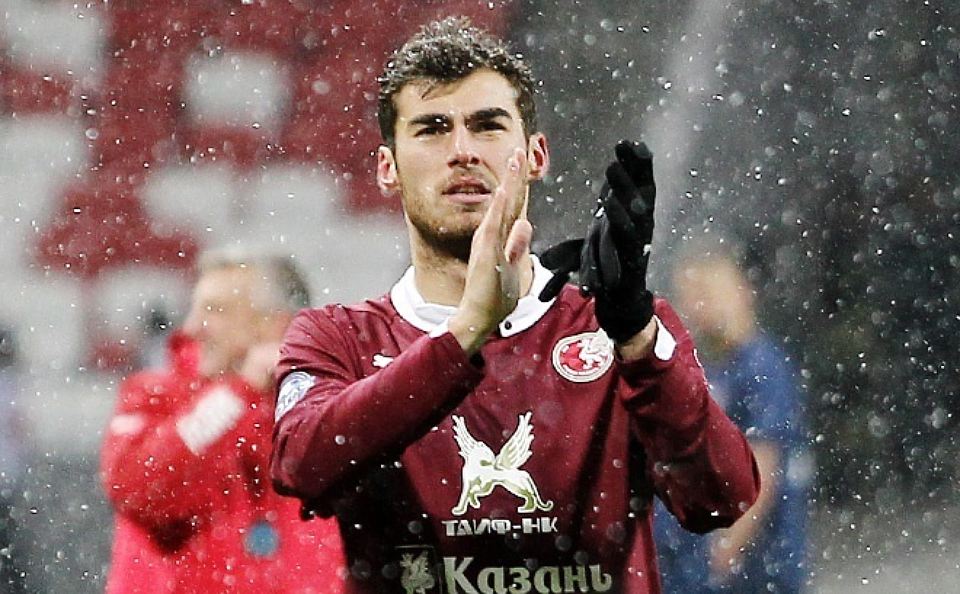 After their exploits from the previous season, it is important for the Foxes to harbour higher ambitions ahead of the new campaign. And strengthening their defence will be a key aspect in their quest to do so. Thus, their interest in Kvirkvelia is justified.

Over the course of the previous season, Leicester’s centre-backs failed to impress much. Wes Morgan is on the wrong side of 30 and his age has affected his mobility. Furthermore, he has only a year left on his contract and in such a situation, a move for Kvirkvelia does make sense.

The 26-year-old is vastly experienced, having played at the highest level. He is a warrior in the heart of the defence and his attributes would align brilliantly with those of Evans’.

He has earned a total of 28 caps for the Georgian national team and a player of his calibre could work wonders alongside the former West Brom star at Leicester.

Furthermore, Robert Huth is expected to leave the Foxes this summer, meaning Puel must have a contingency plan at hand.

Thus, a move for Kvirkvelia would go a long way in strengthening the club’s forces at the back. Puel faces a colossal task ahead of him and he must do everything he can to make Leicester challenge for a higher finish. And with two gifted defenders in the form of Kvirkvelia and Evans, the manager might just create an unbreakable central defence partnership for Leicester.