Why Tottenham Must Go All Out For Schalke’s Max Meyer

Promising German starlet Max Meyer will be leaving Bundesliga side Schalke at the end of the season, the club has confirmed via its official Twitter account.

The 22-year-old has been heralded as one of the brightest young footballers coming through the German talent pool and has often been tipped as the future of the national team. His potential availability seems to have put several clubs across Europe on alert, with Premier League side Tottenham Hotspur also understood to be among the prime contenders that could sign him.

The North London outfit tried to sign Meyer back in the summer of 2016 when they reportedly saw a €45million bid turned down by Schalke on the deadline day. Tottenhan were interested in signing the German prodigy last summer as well but nothing materialised. However, now that it has been confirmed that the 22-year-old will be leaving on a free transfer at the end of the season, Mauricio Pochettino’s side should definitely make a move to land him.

Primarily an attacking midfielder, Meyer has seen his role change to a more defensive minded midfielder in a pivot position by Schalke manager Domenico Tedesco in the ongoing season. The German has adjusted to his new role very well, impressing in the middle of the park for the Gelsenkirchen based outfit.

So far, Meyer has made 28 appearances across all competitions, scoring one and assisting one – not really impressive, but the fact that he has taken a deeper midfield position this term has had a negative impact on his attacking output.

However, the 22-year-old has fared more than ably in his new position. Not the sturdiest of the players, Meyer has shown that he can shield the ball well in the midfield and has demonstrated throughout the season that he is capable of offering the control needed in the middle.

Capable of operating as a box to box midfielder, the former German youth international has the pace, the agility and the dribbling skills to carry the ball forward and provide the drive from the midfield while he has shown great improvement on the defensive side of the game as well, over the course of the season. 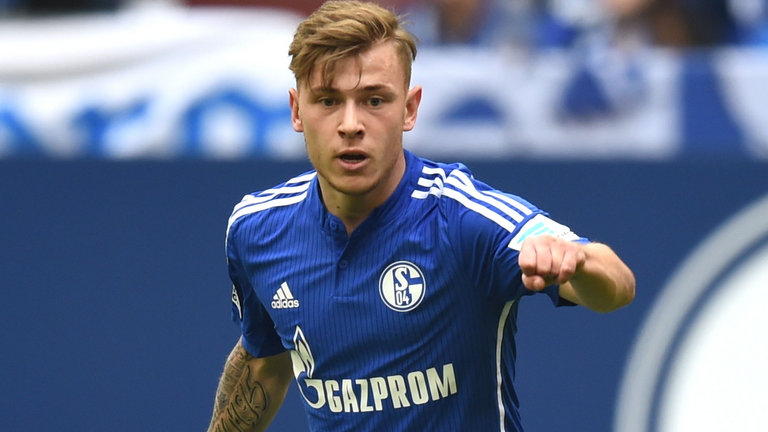 With Mousa Dembele’s future at Tottenham under a cloud, there will be a vacancy in the middle of the park and Meyer has shown that he can fill the big boots of the Belgian. Add to that, he can always slot in as a playmaker in the attacking third, making him a handy utility player to have in the ranks.

Signing the youngster is a potential risk as he is far from being the finished article and is still learning the ropes in a deeper midfield role. However, the signs that he has shown this season are very much promising. Given manager Pochettino’s extremely impressive record of getting the best out of young players with promise, he could prove to be the key to unlock Meyer’s potential. Considering the fact that the Meyer will be available for free, it is a risk that Tottenham should definitely take in the summer.