After a fine start to the season, the £65,000-a-week Martial was pushed to the fringes by manager Jose Mourinho following the arrival of Alexis Sanchez from Arsenal in January.

That decision, which dramatically limited his game time in the second half of the season, was probably one of the major reasons for the forward missing out on France’s World Cup squad this summer.

It is not a tough job to predict that Mourinho is not a big fan of Martial and while he may not be keen to sell the forward, the Frenchman slowly but steadily has accepted that his future at Old Trafford is over. Lack of first-team opportunities coupled with lack of trust has seen Martial become toothless in the attack whenever he’s been handed an opportunity.

So with Martial’s future at United up in the air, it is the right time for Tottenhan to make a move for the jet-heeled forward.

Martial is considered as one of the most gifted young attackers in European football. Blessed with blistering pace and quick-feet, the 22-year-old is a fantastic dribbler that has caused nightmares for several Premier League defenders.

Tottenham Hotspur have made Anthony Martial their priority signing this summer as Mauricio Pochettino looks to bolster his attacking options ahead of next term.

Going by Spurs’ current pool of attacking talents, it would be difficult for Martial to break into the starting XI. The likes of Harry Kane, Dele Alli, Christian Eriksen and Son Heung-min have all cemented their places as regular starters. So what will Martial bring if Spurs sign him?

First and foremost, Martial’s dribbling abilities are second to nothing. None of the aforementioned Tottenham attackers are great dribblers and that gives Martial the edge. Secondly, the Frenchman would bring a lot of pace to Spurs’ attack.

With Martial primarily playing on the left-wing, he would complement Dele Alli in a No. 10 role. Martial could also play on the right, where he can be rotated with Lucas Moura and Christian Eriksen.

Martial’s pace and trickery will offer a different dimension to Tottenham’s attack, thereby helping the team unlock the tightest of defences in the Premier League.

Pochettino previously signed Vincent Janssen and Fernando Llorente as backup strikers to Harry Kane but the duo has been dubbed as big-money flops.

While Janssen spent a season with Fenerbahce, Llorente was primarily used in cup competitions. This led to Kane again single-handedly shouldering the responsibility of leading the line without any break.

Martial’s signing will provide Kane with a helping hand in the attack. The Frenchman prefers to play more centrally than on the wings, which will be ideal for Pochettino to rest his talismanic striker Kane whenever needed. 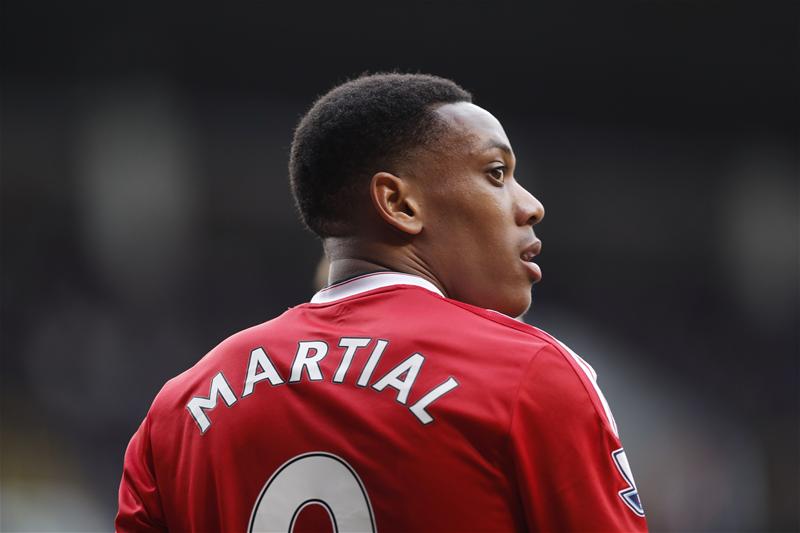 If Martial decides to quit Old Trafford, he will definitely have plenty of suitors in Europe, so the Lilywhites will have to move quickly with a sizable offer.

Spurs need pace, quality, fitness and experience in their attack. Martial has everything in his locker, which makes him the missing piece in the jigsaw for Pochettino. At just 22, the Frenchman has plenty of room for development and could become a future star at Tottenham.