According to reports, Tottenham Hotspur are eyeing £25m move Boca Juniors midfielder Wilmar Barrios ahead of their move to the new stadium.

Another season passed by with Tottenham failing to win any silverware. They finished 3rd in the league and after going without a trophy again, it is high time Pochettino adds a couple of top quality players to compete on all fronts next season.

Pochettino knows that he needs to freshen up his squad and Wilmar Barrios could be a good signing to start with. However, Spurs may have to release a midfielder or two in the summer if they are to accommodate the Colombian.

Eric Dier has been a regular starter under Pochettino in the last couple of seasons, while Moussa Dembele picked up the gear in the second half of the recently concluded season.

Meanwhile, Victor Wanyama failed to replicate his last campaign’s performances as he spent much of the time on the sidelines due to injury problems. The Kenyan toiled to stay fit and even after attaining full fitness, he only played a bit-part role in Spurs’ campaign. 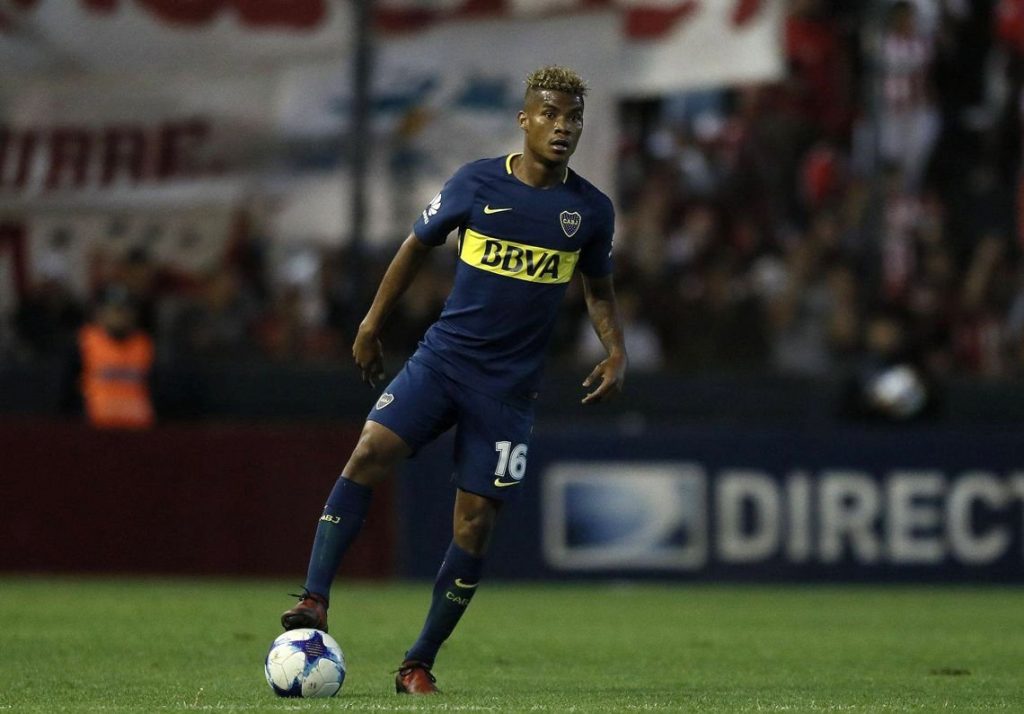 Wanyama is a solid defensive midfielder who shields the back-four, standing in front of them and breaking up the opposition play. He is a tenacious player who has demonstrated his excellent ability in the middle of the park throughout his career.

However, the former Southampton man has struggled with injuries this season and hence, it is the right time for Pochettino to sign a midfielder who is capable of doing Wanyama’s job week in, week out.

Barrios, a 24-year-old defensive midfielder, perfectly fits the bill at Tottenham. Pochettino will reportedly watch Barrios in action for Colombia at the 2018 World Cup finals in Russia this summer. The Colombian was part of the Boca Juniors team that won the Argentine Primera Division in the 2016-17 season.

Strong and agile, Barrios is an accomplished defensive midfielder. His key attributes include his phenomenal strength and power in the midfield.

He is comfortable on the ball and can read the game extremely well in the middle of the park. Due to his brute force, Barrios is often successful in shrugging off defenders with ease and without getting booked.

However, Barrios has few rough edges attached to his game. At 24, he is not a complete player but he has all the tools to become a top holding midfielder in the near future. Under Pochettino’s watchful eyes, the Colombian can develop himself massively by ironing out the weaknesses in his game.

Pochettino must act fast to sign Barrios as the Colombian could be the ideal man to replace Wanyama if he decides to leave the Lilywhites in the summer for greener pastures.