Hazard has two years left on his Blues contract but has refused to commit his future at Stamford Bridge amidst interest from Real Madrid and Paris Saint-Germain.

Manchester City are the latest club to enter the race to sign the Belgian as Guardiola has reportedly made the Chelsea ace his No.1 target this summer and is confident of luring him to the Etihad.

In his second season in charge of City, Guardiola masterminded the club to the Premier League title with a record-breaking 100 points. His team were ruthless and relentless, outclassing teams at times without even breaking a sweat.

Guardiola has already claimed he won’t spend big but only bring a couple of players to improve the current squad. Going by the reports, one player is certainly Hazard, who was on the show to guide Chelsea to the FA Cup trophy last Saturday at Wembley.

The Belgian scored the winner with a first-half penalty against Manchester United. After winning the league in his first season in England, Conte’s Chelsea endured a dismal campaign which saw them miss out on the Champions League spot.

On a personal note, Hazard also had a largely inconsistent season at Stamford Bridge. Knowing he is yet to pledge his loyalty to Chelsea, City’s interest could turn Hazard’s head but what could the Chelsea playmaker bring to City?

Hazard has established himself as one of the top attackers in the Premier League. He picks the ball up close to the touchline, drives infield past a couple of defenders and scores with precision and style. He is a fabulous footballer who has played in a broad range of positions for his club and country.

No one else in the league can rival Hazard’s combination of touch, fantastic dribbling, surgical passing and clinical finishing. He possesses the uncanny ability to always manage to make the one touch on the ball to avoid an onrushing defender even when it looks like the Belgian has overrun the dribble.

Chelsea won’t be participating in the Champions League next season but Manchester City will. Conte’s future is ambiguous at Chelsea and so is Hazard’s, who might be tempted to swap Stamford Bridge for Etihad stadium to play under the best manager in Europe.

For all of City’s might in this recently concluded season, they couldn’t progress much in the Champions League despite topping their group. 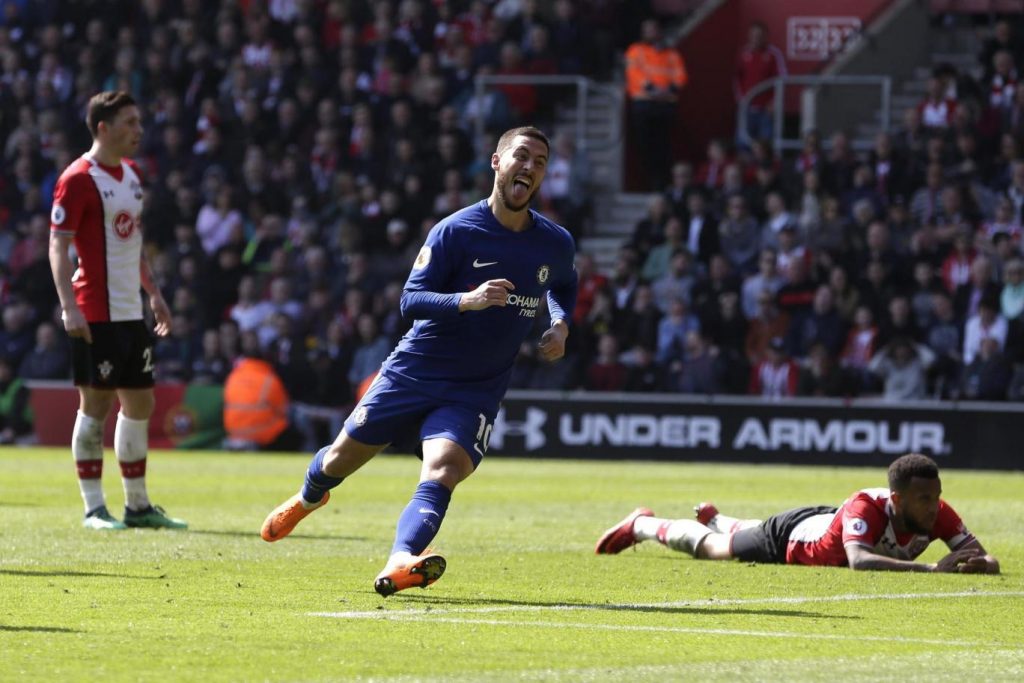 City were ruthlessly battered over two legs by Liverpool, which gave a sound warning that they are missing one piece in the jigsaw to win the coveted competition.

While Guardiola has a wealth of top attacking talents in his squad, Hazard could be the missing piece to guide City to Champions League glory next season.