According to the Daily Mirror, Newcastle United were interested in signing Benfica midfielder Andreas Samaris last summer. But Benfica’s quoted £10m for his services put Newcastle off and a move never materialized.

Andreas Samaris, 29, joined Benfica from Olympiakos back home in 2014 and he has helped the Portuguese club win three titles in four seasons. However, he is set to be out of contract at the end of this season and could be available in a cut-price deal this month.

Benfica will be reluctant to lose the Greece international on a free transfer at the end of the season which could see them cash in on him in the winter transfer window itself. That said, West Ham must pounce on the opportunity to sign Andreas Samaris on a bargain fee.

West Ham are in dire need of midfielders despite Declan Rice and Mark Noble signing new deals at the club. Rice has arguably been West Ham’s best player this season and fully deserves his new contract. Noble, after a slow start, has become an important component in Manuel Pellegrini’s midfield this season.

Having come through the ranks with the Hammers, Noble is the skipper as well as the longest-serving member at the club. He may have signed a contract extension until 2021 but by the time he reaches it, the midfielder will turn 33. At 31, Noble has clearly shown signs of slowing down and is simply not capable enough to play high-intensity Premier League football, week in and week out.

Plus, injuries to Jack Wilshere and Carlos Sanchez has left Pellegrini with only Pedro Obiang as an option in central midfield to go with the likes of Rice and Noble. If West Ham are aiming to finish in the top-8, they need to address the midfield department in the winter transfer window.

And they could take a step in the right direction by signing Andreas Samaris from Benfica. A combative midfielder, the Greek mostly operates as an anchorman but he can do a good job in central midfield as well. His immense physical attributes coupled with excellent tackling traits and work-rate make him such a solid player. 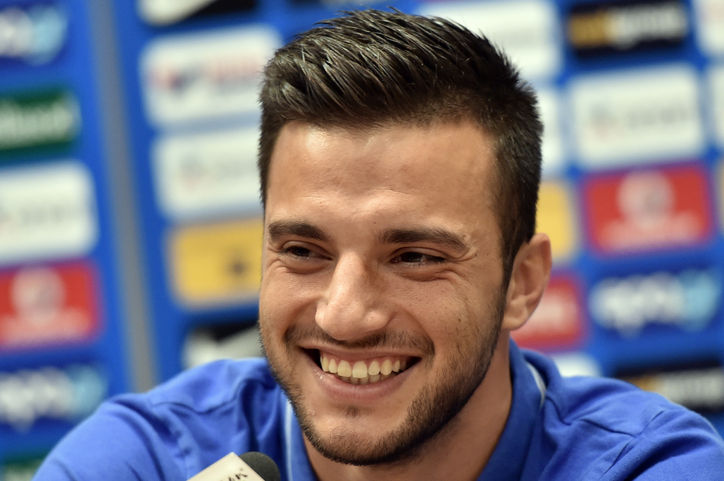 Along with his defensive skills, the 29-year-old is also a brilliant passer of the ball with excellent positional awareness and anticipation skills. Not only can Samaris control the tempo of the game with his passing but also has the habit of marauding forward with the ball and powering a shot.

Furthermore, the Greece international is a dead-ball specialist, which could be a delight for players like Andy Carroll and Marko Arnautovic in the opposition box.

Read more: A worthy gamble – Pellegrini has taken a step in the right direction by signing PL winner for West Ham

With volumes of experience in European as well as international football, signing a player of Samaris’ calibre would definitely help West Ham in achieving their target this season.