West Ham United are reportedly interested in a move to sign Anderlecht midfielder Leander Dendoncker. The 22-year-old has attracted attention from a slew of Premier League clubs for his definitive and dominant performances this season. The same report also goes on to state that the player could be available for around £25million, which is quite a tidy sum to pay. However, if anybody needs to get convinced, they just need to take a look at Dendoncker’s displays.

He played a key role in helping the Belgian giants win the title last season and he’s under contract with the club until 2021. Predominantly playing as a defensive midfielder, Dendoncker has also played as a centre-back with equal finesse.

He is versatile, consistent and reliable and at 22 years of age, he could go on to become a valuable long-term investment for the Hammers. Also, considering the amount of attention he has received, David Moyes must leave no stone unturned in his pursuit.

At present, West Ham are hit by an injury crisis. The likes of Edimilson Fernandes, Michail Antonio and Cheikhou Kouyate are all sidelined. To make matters worse, Manuel Lanzini also picked up an injury during the draw against Bournemouth. It is understood to be a hamstring injury, which means he could be out for quite some time. Thus, this seems like the ideal time to land Dendoncker since he could do so much for the team. 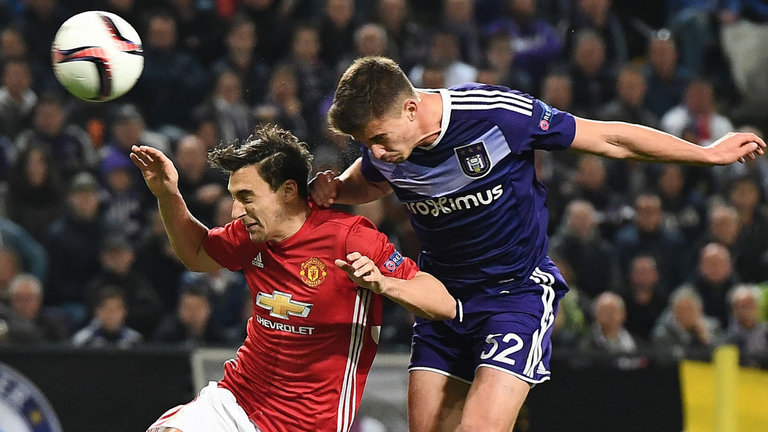 One might question if the Hammers should take a risk by signing a young player from a foreign league at a time when their forces are so thinly stretched. However, Dendoncker’s performances are enough proof that he can thrive in the high-pressure Premier League environment.

He is very physical on the field and can slice in to intercept the opposition quite well. Also, he is strong in counter-attacking situations as well, which makes him an interesting prospect for the Hammers.

As if those traits were not enough, the young star also boasts of a mature understanding of the game. He can read the game quite well, which is reflected in his positional awareness. It also helps him make quicker decisions on the field and that is quite incredible.

He can provide adequate cover to the defence and often breaks up opposition attacks before they can even get close to Anderlecht’s back line. Hence, he is a uniquely gifted player and the Hammers could greatly benefit if they manage to bring him to East London this January.