West Ham United are reportedly interested in a last-ditch attempt to sign Krasnodar attacker Fedor Smolov on loan with an option to buy. However, the Russian club want a £12m permanent transfer for the Russian national team captain. An out-and-out versatile player, Smolov’s greatest strength lies in his ability to play across almost all positions up front and he could prove to be a great signing for the Hammers. They have been linked with him for quite some time now and the rumours have been getting stronger lately.

He has established himself as a key member of the Russian club and has managed to score 10 goals in 12 starts this season. The 27-year-old seems to have an innate ability to find the back of the net – and that is further illustrated by the fact that he finished as the top scorer of the Russian Premier League last season. His efforts helped Krasnodar secure a place in the Europa League but the player himself is believed to be interested in looking out for newer pastures now.

A technically gifted and smart forward, Smolov’s presence can rapidly transform the Hammers’ attack. He is quite composed and operates as a vintage No.9. His performances are quite mature and he is an excellent finisher with either foot. 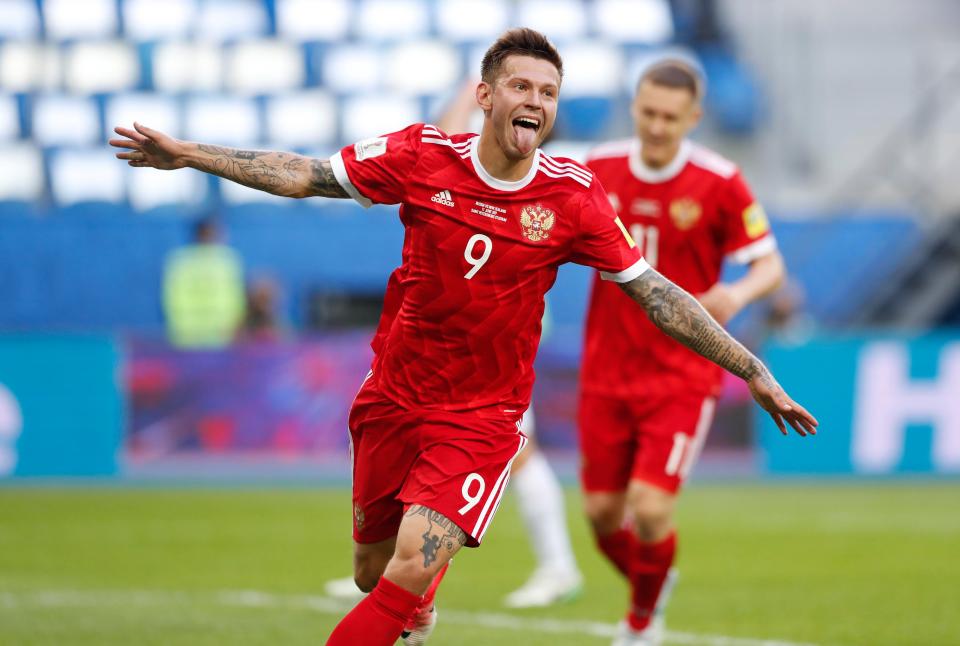 His dribbling skills are immaculate and Smolov seems to prefer making short passes to ensure there is fluidity in the final third. Having spent time with Feyenoord and Dinamo Moscow at an earlier stage of his career, Smolov will not be a complete stranger to European football.

Moreover, given the need at West Ham, the Russian hitman could work wonders at East London. The Hammers are in dire need of attacking options since a wave of injuries has robbed Moyes of most of his key men. Moreover, he has Andy Carroll and Javier Hernandez as his recognised options up front but Carroll is out with an injury. In addition to that, Diafra Sakho has struggled to maintain fitness and consistency, thus creating scores of trouble for the club.

Hence, a prolific attacker like Smolov could help them go a long way. His talent is out there for everyone to see and he boasts of a considerable amount of experience as well. The only potential stumbling block could be the amount of time Smolov takes to adapt to the Premier League but based on what we have seen from him, he looks reliable enough. Thus, Moyes must speed up his pursuit of the promising forward and get him to the London Stadium before the transfer window comes to an end.