According to reports, new Derby County manager Frank Lampard is looking to bolster his squad at Pride Park and has set his sights on Chelsea youngster Jay Dasilva.

Lampard and his assistant Jody Morris watched Dasilva in action during England’s Toulon Tournament semi-final win over Scotland. And the left-back went onto help the young Lions win their third consecutive Toulon Tournament title last weekend after beating Mexico in the final.

The 20-year-old, who is yet to make a senior appearance for Chelsea, impressed during a season-long loan with League One side Charlton last term, winning the club’s Player of the Year award.

The left-back’s incredible performances last season has attracted Lampard’s interest, and the Derby manager wants to sign the Chelsea youngster in the summer. While the 39-year-old may have left the Blues four years ago, he has still strong links with the London club, where he starred for 13 years. 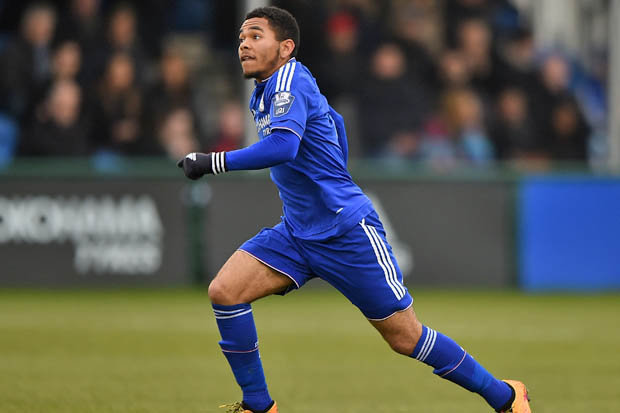 And with Lampard walking through the door at Pride Park, it is likely that Derby will seek to profit from his relationship with Chelsea for their academy stars. And as it stands, Derby are interested in Dasilva, who, according to Charlton manager Lee Bowyer, is better than former Chelsea and England left-back Ashley Cole at the same stage of their career.

Dasilva has been earning rave reviews for his eye-catching performances at left-back. At just 20, he already has a growing trophy cabinet with three FA Youth Cups and a Euro U-19 Championship. During his loan spell with Charlton, Dasilva was a star, consistently dishing out performances that belied his age.

The starlet is a physical left-back with remarkable control on the ball. Having missed out on promotion with Charlton, Dasilva must consider testing himself at a higher level, and a move to Derby would be ideal for the youngster as it would provide him with the benefit of working under Chelsea legend Lampard.

In return, Lampard could look at Dasilva to provide competition to the more experienced Marcus Olsson, Craig Forsyth, Max Lowe and Ikechi Anya at left-back.

Forsyth and Olsson had an inconsistent 2017/18 campaign and it would make sense for Lampard to get Dasilva on loan from Chelsea. Moving to Derby would allow Dasilva to patiently learn and cope with the rigorous demands of the Championship.

Working with Lampard should help the Chelsea youngster massively and the youngster’s unique set of tools could be invaluable for Derby next season.

Derby have earned a top-half finish every season since the 2011/12 campaign and reached the playoffs in three of the last five seasons. They were edged out by eventual promotion winners Fulham in the semi-finals last term.

With Lampard at the helm now, Derby—with shrewd signings and perseverance—could finally achieve their goal of playing in the Premier League.