Manchester United have reportedly been handed a boost in their pursuit of Sergej Milinkovic-Savic.

The 23-year-old caught the eye with Serbia at the World Cup and has been linked with United for some time. Serie A champions Juventus were reportedly frontrunners to sign the €100m-rated Serbian midfield anchor but they have backed off now, United have a solid chance to sign away the Lazio man.

Milinkovic-Savic has established himself as one of the finest young midfielders in Europe. Due to his eye-catching performances last season with Lazio, the Serbian is a hot property in the ongoing transfer window. He emerged as the star man for Italian outfit the last term, netting 12 goals and providing three assists in 35 appearances. 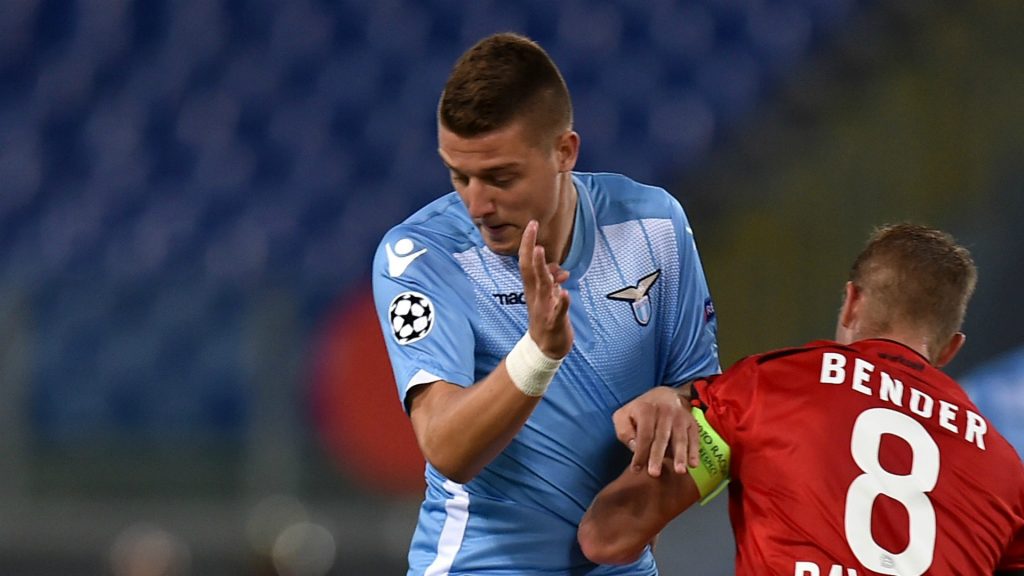 Milinkovic-Savic’s blend of height, technique, power, vision and speed would look at home in United’s colours. He is an all-action midfielder who can either operate as a No.10 or in the centre of the midfield. But the 23-year-old is usually at his best when operating behind the striker as it enables him to unlock the tightest of defences with his creativity and physicality.

Dedicated, disciplined and always willing to learn, the Serbian is equally adept at performing his defensive duties as he never shies away from making crucial tackles and interceptions. Tireless and intelligent, Milinkovic-Savic knows to pick up important spaces behind the defenders and due to his goalscoring ability, he is always a threat.

In fact, the Serbian midfield ace is capable of doing the things Paul Pogba was supposed to do. If United does manage to land Milinkovic-Savic, it is tough to imagine the two working in tandem, though the Serbian’s ease at working in a deeper position could provide Mourinho with tactical flexibility.

With Matic operating in a defensive midfield role, the prospect of Milinkovic-Savic and Pogba dominating the middle of the park would be absolutely mouthwatering.

Not only will Milinkovic-Savic’s signing add greater dynamism in the midfield but it will also boost United’s squad depth as Mourinho must prepare a team that is capable of challenging cross-town rivals Manchester City for the title next season.

Read More: Why Man United have committed a blunder by completing a £5m deal to let this 25-year-old go

A complete midfielder who can create opportunities, score goals, provide aerial ability and dominate physically, Milinkovic-Savic would be a wonderful addition to United. Considering the Serb’s qualities, Mourinho cannot afford to let him slip from his grasp this summer.