According to a report from AS, Exequiel Palacios’ agent, Renato Corsi, has claimed that Real Madrid are ‘pushing hard’ to sign the River Plate midfielder in January.

The 20-year-old made his River Plate debut back in 2015 and over the past year or so, he has become a first-team regular, notching up four goals and five assists in 38 appearances.

The midfielder has caught the eyes with his performances this year, and he has played every minute of their knockout-phase in the Copa Libertadores to help River Plate reach the final, including the first leg which finished 2-2.

Along with Real Madrid, Exequiel Palacios has also garnered interest from the likes of AS Roma, Inter Milan and Wolfsburg, adds the report. 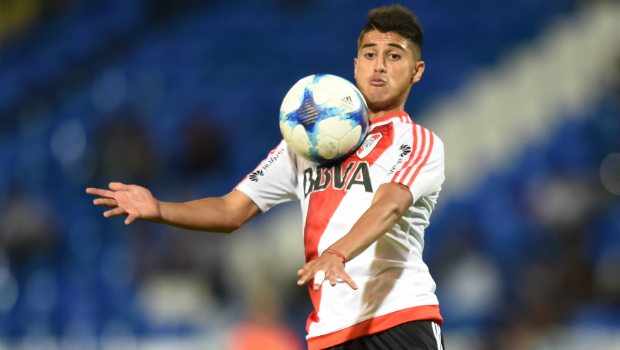 With the youngster turning heads across Europe, Manchester United should rival Real Madrid for his signature.

Manchester United are currently struggling to break into the top four following a poor start to the new Premier League season. Jose Mourinho’s side have landed in a curious place where they now draw praise for fulfilling the most fundamental of footballing necessities despite the talent at their disposal.

The Red Devils’ latest failure was against Arsenal at Old Trafford on Wednesday. After a bright start, they did not look like getting three points against Unai Emery’s Gunners, who twice took the lead and were unlucky not to emerge with a victory. Failure to beat Arsenal means the gap between United and the fifth-placed Gunners is eight and by the time January arrives, it could get even worse for Mourinho’s men.

One of United’s biggest problems this season has been their defence, which has conceded 25 goals in 15 games played so far this season – a stat which makes them the sixth worst team defensively (in the league). But one shouldn’t ignore their attack where the Red Devils have failed to score consistently this term.

A lack of cohesion between the midfielders and attackers has been clearly ehvident and Mourinho should bring in a player to solve that mystery apart from spending big on a central defender in January. United have top midfielders, yet they have looked static and devoid of ideas to hurt the opponents. 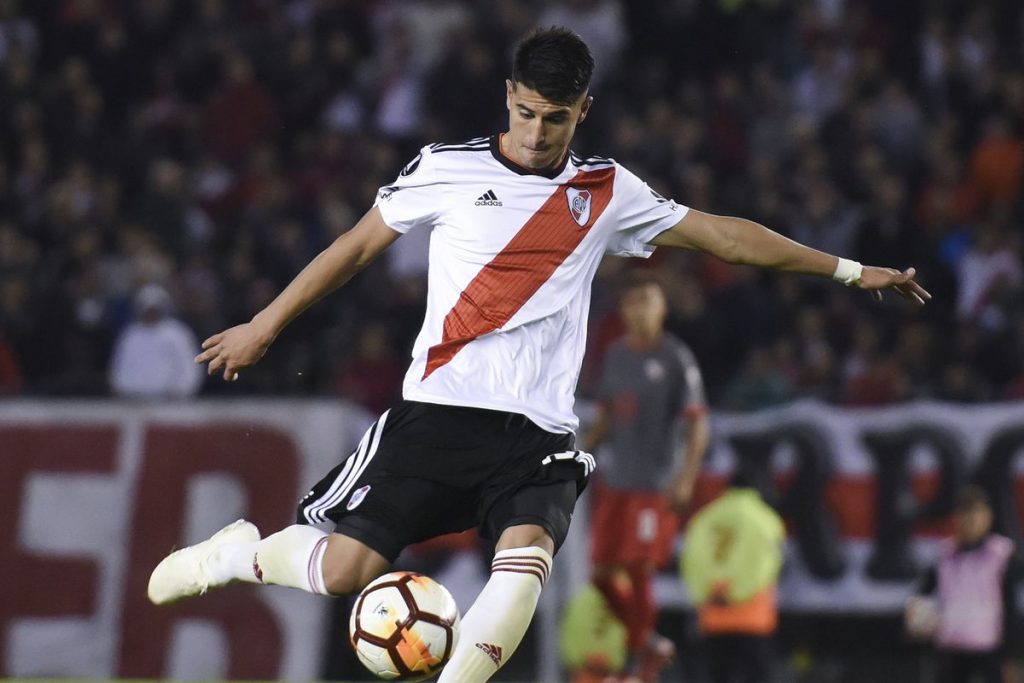 A player of Exequiel Palacios’s quality could make a difference for United, although he is very young. Exequiel Palacios possesses the technical abilities and the burst of pace which helps him maraud down the heart of the midfield with the ball. He has shown a lot of maturity and quality on the ball at River Plate, something which is surprising given that he is just 20 years old.

Exequiel Palacios is tactically versatile and his main attributes are his good range of passing and his awareness. Blessed with the natural instincts and awareness of a creative playmaker, the 20-year-old is also a composed finisher in front of the goal.

Juan Mata is out of contract at Old Trafford at the end of the season and will be eligible to sign a pre-contract agreement with a foreign club in January. Mata has been reluctant to commit his future at United and could leave the club in the summer of 2019 on a free transfer.

The 20-year-old Exequiel Palacios could be Mata’s fantastic long-term replacement at United. Despite the Red Devils possessing an array of talented players, the opportunity to join the Premier League giants is something that Palacios would not be able to turn down.