According to reports, newly-promoted Premier League outfit Fulham are interested in signing Lamine Fomba from Auxerre.

The Cottagers secured promotion to the top-flight after they beat Aston Villa 1-0 in the play-off final at Wembley on Saturday, thanks to a Tom Cairney goal.

Now that Fulham have achieved what they wanted to, manager Slavisa Jokanovic has a big job in hand to keep the Cottagers floating. To challenge the big boys, he will need to bolster his squad ahead of the new season.

Jokanovic has built a young and dynamic team at Fulham and is eyeing Lamine Fomba to beef up his midfield options. The 20-year-old is entering the final year of his contract with Auxerre and could make a move away from France if a tempting offer comes in.

After beginning the season on the fringes at Auxerre, Fomba became a regular for the French club towards the business end of the campaign. Although the 20-year-old made just six appearances, he managed to impress the bystanders by supplying two assists. 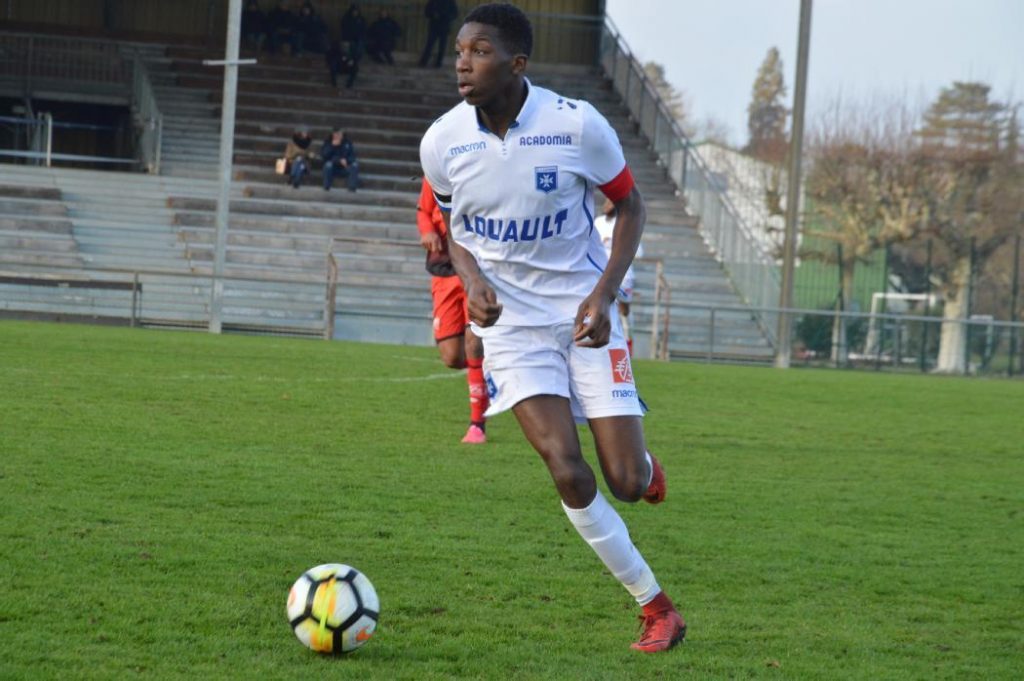 While Fomba did succeed in catching the attention of Fulham, Auxerre finished 11th in Ligue 2. Nothing went right for the French outfit in the second-tier and they will be keen to cash in on Fomba, who has just a year left on his contract.

Fulham have watched Fomba play a number of times and have been impressed by his displays. However, they are yet to make a concrete offer for the defensive midfielder.

Due to the Cottagers’ impressive season in the Championship, they are bound to receive a lot of offers for players like Ryan Fredericks, Ryan Sessegnon and Tom Cairney.

Now that the Whites are in the Premier League, they are in the driver’s seat to keep hold of their prized assets, especially Sessegnon and Cairney, who have been the pillars of the club.

Apart from the meteoric rise of Sessegnon and the impressive displays of Fredericks, Cairney has managed to earn a lot of plaudits for his consistent and tenacious displays in the midfield.

It would be massive if the Cottagers succeed in securing Cairney’s future at the club, as it would then allow Jokanovic to get a young central midfielder on board to boost the squad.

At such a young age, Fomba has played for Auxerre, which further gives us an idea that the midfielder is now ready to make the jump. He might just be 20 years old but has shown the maturity of a seasoned campaigner.

Fomba’s impressive performances have alerted Fulham, who have a history of snapping up talented young players from France on the cheap.

The midfielder won’t directly walk into Fulham’s first-team as he lacks the experience of playing in the Premier League. His signing would mainly be to add cover for Tom Cairney and Kevin McDonald.

So without further ado, the Cottagers must complete the signing of Fomba from Auxerre.