Why Jack O’Connell could be an astute signing for Brighton

Brighton are willing to pay £6m for O’Connell as their pursuit of Reading defender Liam Moore has become stagnant. (Sky Sports)

Seagulls manager Chris Hughton must strengthen his defensive options ahead of the new campaign and has shifted his focus to O’Connell, who was a key player for Sheffield United last season.

O’Connell, 24, joined the Blades from Brentford in the summer of 2016 and helped them win promotion to the Championship in his first season at the club. The 24-year-old was an ever-present in the Championship last season as Chris Wilder’s side just missed out on the playoffs. 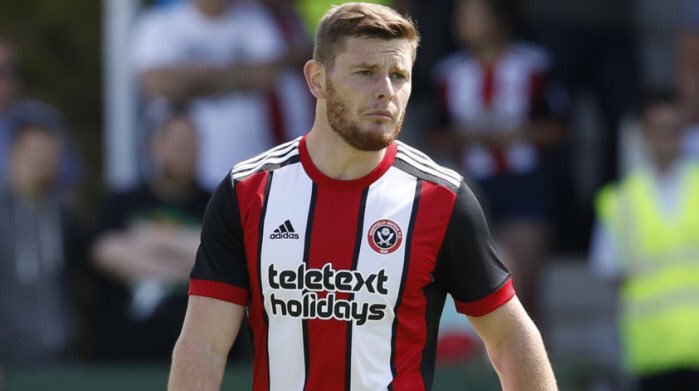 It has been a busy summer transfer window for Brighton thus far, with a lot of fresh faces arriving at the Amex Stadium and almost a dozen players leaving the club too. Hughton did a terrific job last season by working on a shoestring budget and guiding Brighton to Premier League safety.

However, if Hughton wishes to see his club rub shoulders with the Premier League’s big boys again, he has to bring in quality reinforcements. And so far, he has done a good job by bringing in new players at the Amex but only time will tell how well they’ll fare in the upcoming season.

Hughton has addressed every department of his team but despite signing Leon Balogun on a free transfer from FSV Mainz to shore up his defence, the addition of another centre-back makes sense as the club needs to be well stocked to tackle the exhausting Premier League season. In that case, Jack O’Connell could be a solid option to consider.

O’Connell has been a rock at the back for Sheffield United since signing from Brentford a couple of years ago. 50 and 48 appearances in all competitions in two respective seasons tells us the whole story of how the central defender has maintained his fitness to carve a niche for himself in Wilder’s starting XI. His impressive displays in the Championship have enhanced his reputation as one of the best young defenders in England.

The 24-year-old failed to score a single goal in the entire 2017/18 campaign, which actually doesn’t justify his goalscoring prowess. In his debut season at Bramall Lane, O’Connell scored 6 goals, which is a testament to his aerial proficiency. Standing at 6ft 3in tall, he is a physical presence in the defence and is not often beaten in the air.

The former England U-19 international is composed with the ball at his feet and has the ability to initiate attacks from the back that saw him muster 4 assists last season. O’Connell made the step up from League One to the Championship with poise and is very rarely troubled by the opposition strikers.

Read more: FPL tips: 2 budget defenders and midfielders who could rack up the points this season including Southampton star

Even though Sheffield United might want to keep hold of him, Hughton must do everything possible to sign O’Connell, who could be a very astute signing for the Seagulls.