Why Brighton should make a move for Celtic star Callum McGregor

According to the Express, Brighton and Hove Albion are interested in signing Celtic midfielder Callum McGregor. The Seagulls have toiled in front of the goal this season, scoring a total of just 8 goals in their opening 7 games.

Chris Hughton has taken a keen interest in the Glasgow born midfielder, who has been an important figure for Celtic under Brendan Rodgers. According to the Express, the Brighton manager is willing to pay up to £10million for the Scottish midfielder.

Hughton should definitely make the move for the versatile 25-year-old. Brighton have struggled to find their goals despite adding to their strengths over the summer. The acquisition of Callum McGregor will provide the Seagulls with more cutting edge in the final third.

He is yet to register a goal or an assist in the league this season but has very much played a superb role for the club. McGregor has found the net in the Champions League though, scoring 2 goals so far.

The Celtic star is often deployed as a central attacking midfielder, but he is also capable of playing on the right flank. The 25-year-old is comfortable playing in a number of roles and different systems.

He is extremely calm and composed under pressure, often playing the ball out safely in dangerous positions. An intelligent and technically astute midfielder, McGregor possesses all the qualities to flourish under Chris Hughton. 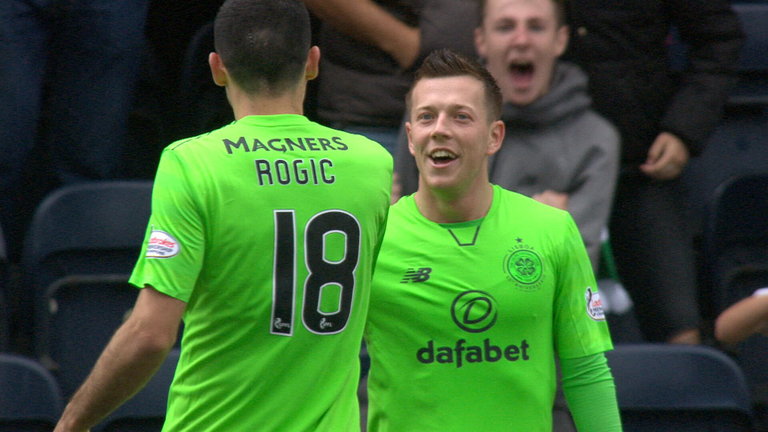 The Scotland international is also a neat passer of the ball. His distribution and ability to pick the locks will definitely pay dividends for the Seagulls. The likes of Glenn Murray, Anthony Knockaert and Jurgen Locadia will definitely thrive with McGregor pulling the strings from behind.

The Seagulls are an offensive side who often like to take the game to their opponents, and that is exactly why McGregor will prosper in this squad. He is a very committed and motivated player who is determined earn a result. The 25-year-old also focuses on the collective more than his personal performance. He links up well with his teammates and is also capable of popping up with goals himself.

Read more: 4 goals, 3 assists – Brighton beating Celtic to sign this Championship ace could push them to a top-10 finish

Brighton have made a mixed start to their season but have looked confident at times. But Chris Hughton should definitely bring in Callum McGregor and further bolster his squad for the long run. The Seagulls wil surely need his services if they are to maintain their status as a Premier League club next season.