Why Jason Cummings’ Arrival Could Be A Jackpot For Rangers

Rangers have completed the signing of 22-year-old Nottingham Forest attacker Jason Cummings. The Championship attacker has arrived at the Ibrox on a season-long loan deal. It appears Graeme Murty and Rangers will have an option to buy Cummings at the end of this deal so long as he impresses back in the Scottish Premiership.

Cummings moved to Forest from Hibernian in the summer but has not found things easy in England. Now that former Middlesbrough boss Aitor Karanka has come in to replace former Rangers man Mark Warburton at the City Ground, Cummings feels the time is right to move on now.

Eduardo Herrera’s future at Ibrox is uncertain and Kenny Miller is currently injured, so goalscorers are thin on the ground for Murty at the moment. So Cummings would provide them with an excellent and much-needed option to either partner or replace Alfredo Morelos when needed.

It’s been a busy transfer window at Rangers with more moves still likely; Bruno Alves may yet leave for the Middle East with Russell Martin perhaps replacing him. The deal for Cummings adds even more impetus to the momentum they have already built. 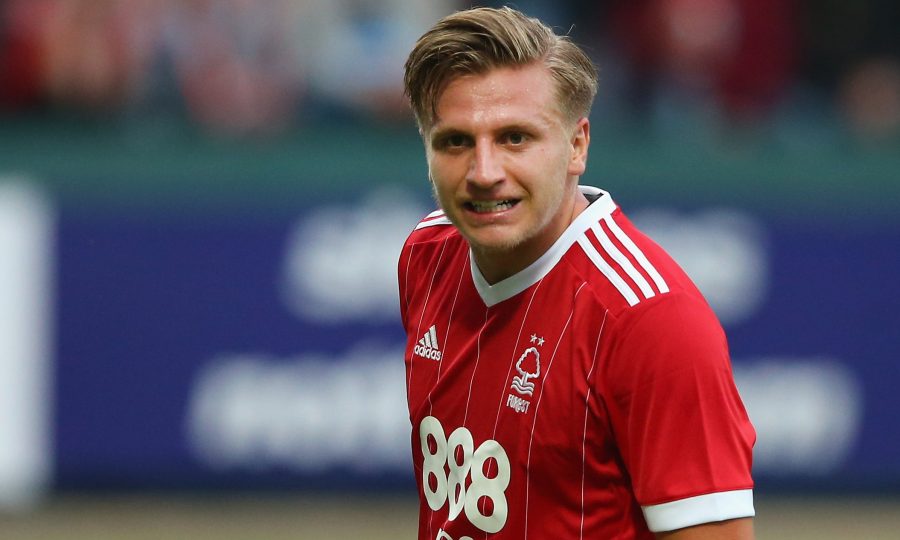 A 0-0 draw at Celtic, a game they feel they could and should have won, has been followed by two excellent wins in the Florida Tournament during the winter break and so expectations are growing for the second half of the Scottish Premiership campaign.

Cummings has been a fixture in Scotland for a while now, playing 16 times and scoring twice in his breakthrough year of 2013/14 as Hibernian were relegated.

He went on to become Hibs’ top scorer for all of the next three seasons after that, scoring more than 20 times on each occasion and becoming the first playing in over 50 years to achieve such a feat. His goals helped Hibs to win the Scottish Cup in 2016, beating Rangers in the final as well as getting them promoted in 2017 though he wasn’t always too enamoured with those from the green side of Edinburgh.

Cummings attended Tynecastle High School and grew up supporting city rivals Heart of Midlothian which, as many observers in Scotland know is still the case, pretty much makes him more Rangers than Celtic to put it nicely! His arrival strengthens this current Rangers squad and I wouldn’t bet against him netting at least ten times from now until May.