According to Sun Football, Barcelona’s Denis Suarez has given the green light to Arsenal regarding a potential move to the Premier League in January. The Gunners have been targeting the 24-year-old, who hasn’t featured for the Catalans in a league game yet. London rivals Chelsea are also keeping close tabs on the player.

Suarez, who was a Manchester City player a few years back, joined Barcelona in 2013 and played a season for their B team. He was then loaned out to Sevilla, before making a permanent switch to Villarreal. The La Liga champions re-signed the player in 2016, this time for their first-team.

He wasn’t able to break into the regular eleven at Camp Nou, and this season has seen him play one cup game, and has not even featured off the bench in the league and Champions League games. Hence, the 24-year-old’s decision to leave the club is purely justifiable.

Unai Emery has an interest in getting the services of the Spaniard, and Arsenal should sign him in the January window. Here’s why:

As days go by, it is getting clear that Ramsey would leave the club, either in January or at the end of this season. Therefore, it is imperative from the Gunners’ viewpoint to find and sign the Welshman’s replacement as soon as possible.

Denis Suarez could be that player to take over the box-to-box midfield baton. Predominantly a central midfielder, the Spaniard is comfortable operating as a number 10 or as a left winger. Technically, he would suit the way Arsenal play, especially under Emery.

In terms of the attributes he possesses, the 24-year-old is a fantastic dribbler of the ball and breezes past the opposition players in tight spots. Being a Barcelona and Manchester City product, the passing ability is right up there, and threading through balls to create goal-scoring opportunities is something which comes to him naturally. 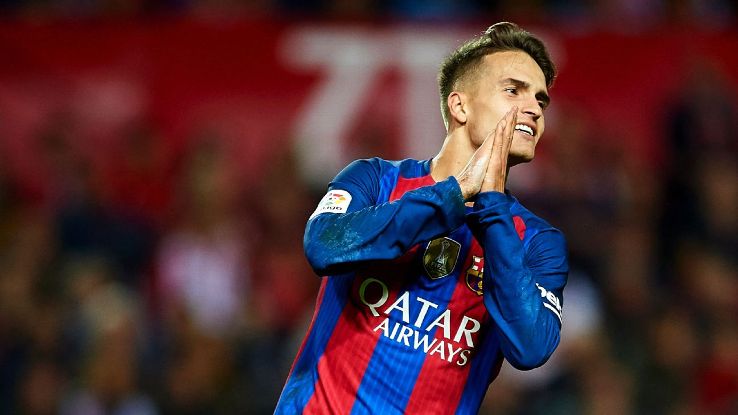 All in all, Suarez is a fantastic player who will improve Arsenal’s midfield and creative department. His work rate off the ball and quality on the ball is something which will help the team to be better equipped in tough games.

Read More: Why Emery’s Arsenal over Pochettino’s Tottenham is a better destination for this £25m Serie A starlet

The Gunners are currently a team in transition and they require players of high quality to grace their squad and improve their chances of challenging for the league title.