Go for it Clement: CSKA Sofia’s Fernando Karanga could be the answer to Reading’s goal-scoring problems

Last season was one to forget for Reading. The Royals barely avoided relegation from the Championship, surviving on the last day. Paul Clement knows his squad needs strengthening and has already made some intriguing signings this summer.

John O’Shea, Andy Yiadom and David Meyler has already arrived at the Madejski Stadium. But the Royals need to bolster their squad further if they’re to fare better next season.

Recent reports suggest that Clement is interested in CSKA Sofia forward Fernando Karanga. The truth is, Reading desperately need a new striker. Last campaign they managed just 48 goals in the Championship, the fourth-worst attacking record in the division.

Mo Barrow was Reading’s highest goalscorer in the Championship with 10 strikes, while Jon Dadi Bodvarsson was the club’s highest scoring striker in the league with seven goals.

It’s obvious that Bodvarsson needs more competition up front. Sone Aluko is a decent player but Sam Smith and Joseph Mendes are yet to prove a point. Veteran Yann Kermorgant is 36 years old and can’t be relied upon for the entire gruelling and demanding Championship campaign.

As a result, Karanga will be an excellent addition to the current Reading team. The 27-year-old Brazilian scored a staggering 25 goals in 29 matches in all competitions for CSKA Sofia last season, in addition to providing 11 assists. He is great in the air and always gives his all on the pitch.

He is a fan favorite at CSKA Sofia, having scored in the Eternal derby against Levski Sofia. He also managed to find the back of the net against Bulgarian champions Ludogorets. Karanga is a true leader on the field and has the knack of scoring in big games. 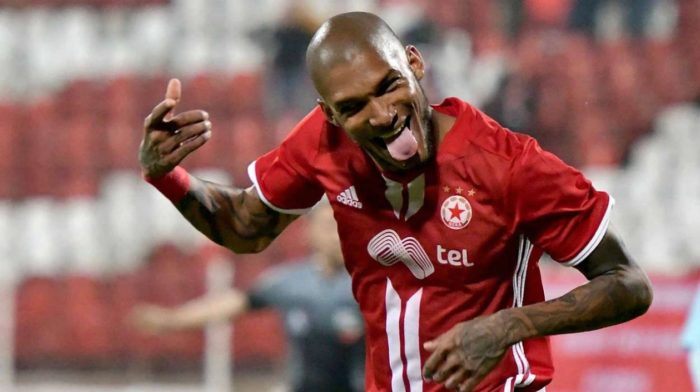 The Brazilian has a rich background, having played for numerous teams in his home country as well as for Jeju United in South Korea. But he didn’t really grab the headlines before coming to Bulgaria. He seems to have found his spot at CSKA but maybe the time has come for him to seek a new challenge.

While it’s true that the Bulgarian league is not as competitive as the Championship, Reading might still hit the jackpot if they sign Karanga, who might be the answer to their attacking woes.