Bahoken, who plies his trade for Ligue 1 outfit Strasbourg, will be out of contract with the club in a month’s time and Villa have made a move to try and bring him to England ahead of the new season.

Aston Villa are hoping to earn a way back into the English top-flight, having made it as far as the EFL Championship playoffs, where they take on Fulham this Saturday at the Wembley Stadium.

Manager Steve Bruce has turned the Villa side into a solid unit that is tough to beat, highlighted by the fact that they had the second-best defensive record in the Championship this past season, having conceded just 42 times.

Their attack too has performed well, with their tally of 72 goals in the campaign being the third-highest in the English second division. 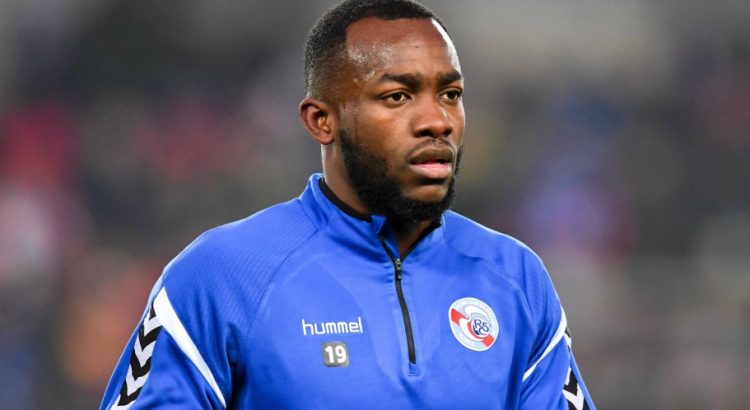 However, the Villans could do well to add more numbers to their forward line, considering that Ross McCormack is set to leave the club in the summer, while Lewis Grabban will also return to Bournemouth once his loan deal expires.

Given Jonathan Kodjia and Keinan Davis’ poor returns this season, Villa will be left with just Scott Hogan as the lone firing striker in the team.

This is where the approach for Bahoken comes into the picture for Villa. The 25-year-old striker came through the academy of OGC Nice and went on to make 18 appearances for his boyhood club between 2012 and 2014, while there was also a brief and unmemorable loan spell with Scottish club St. Mirren in the midst.

Bahoken joined Strasbourg in the summer of 2014 but did not play a lot in his first season at the club. In the 2015/16 campaign, the striker scored 6 goals in the French third tier, helping his side earn a promotion to the Ligue 2. In the subsequent term, he netted 7 times and assisted 4 more in the second division to lead Strasbourg to another promotion, this time to the Ligue 1. 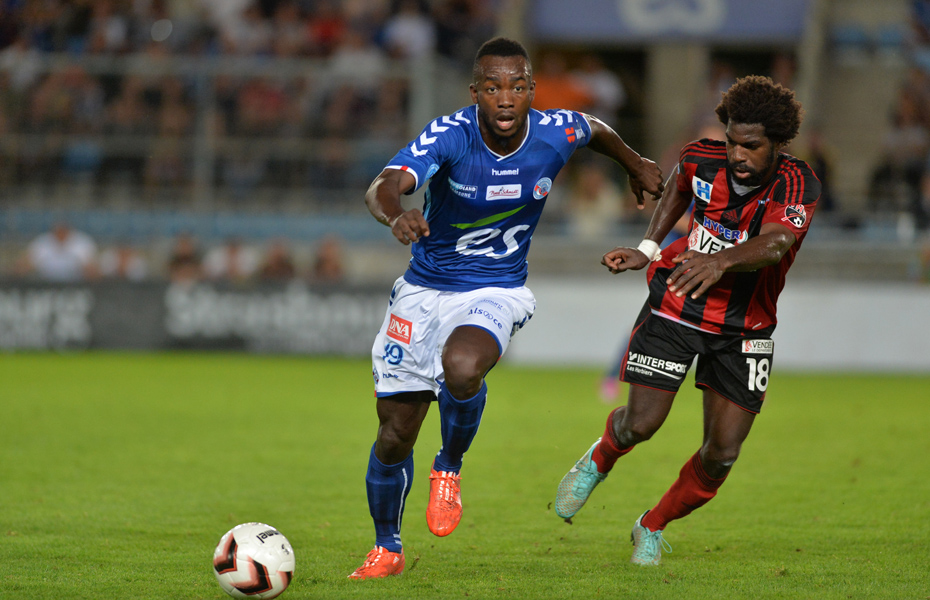 In the 2017/18 season, the forward scored 9 times in 31 appearances across all competitions, including 7 goals in 25 matches (18 starts) in the Ligue 1, finishing as the club’s top scorer and helping them stave off relegation as Strasbourg finished 15th in the table, just a point above the drop zone.

Bahoken also made his international debut for Cameroon in March this year, with a substitute appearance in a friendly against Kuwait.

Strong and tall, the 25-year-old would offer a robust presence at the top of the attack and would be a decent enough option to fall back on as a Plan B.

While his goal-scoring record isn’t the best, Bahoken has shown improvement in his game with every passing season and given he is just 25 years old, he will continue to grow. Considering that he will be coming in on a free transfer, it is a risk worth taking for Villa.