Leeds United should sign James McCarthy on loan in January

According to the Mirror, Everton are keen on securing loans moves for their out of favour duo of Oumar Niasse and James McCarthy in January.

The same report claims that manager Marco Silva sees McCarthy as a part of his long-term plans at Goodison Park but the Portuguese gaffer wants the Irishman to move out on loan to get some regular minutes under his belt.

The 28-year-old is yet to regain match fitness after the double leg fracture that he suffered in January last season and hasn’t featured for the Toffees this term. The Mirror claims that he is likely to be for in January and Fulham and Brighton are amongst the clubs who are interested in signing him on loan for the second half of the season.

A product of the Hamilton Academical youth system, McCarthy made his move to England with Wigan Athletic in 2009 and reunited with his former Wigan manager Roberto Martinez at Goodison Park in 2013. The Irishman was an instant hit at Merseyside in his debut season and went on to play a key role for the Toffees in the midfield. He was a regular for Everton in the last couple of seasons before being sidelined with a long-term injury in January. 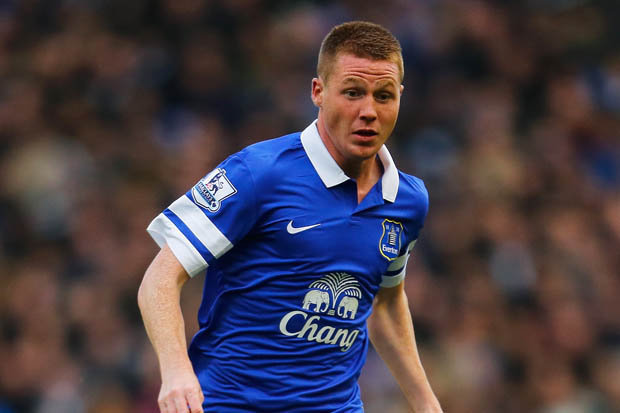 To put things into perspective, Leeds United should consider signing him on loan in January to shore up their midfield and cover for the departure of Samuel Saiz. Saiz is set to shift bases to the La Liga with Getafe in January on loan and is likely to depart permanently at the end of the season.

In all honesty, McCarthy won’t be a like-for-like replacement for Samuel Saiz as he is more of an attacking midfielder but the Irishman’s experience of playing top-flight football might prove to be a valuable asset to a promotion-chasing team like Leeds. Chelsea loanee Lewis Baker has struggled for form this season and Bielsa can use McCarthy to add that much-needed stability to the midfield.

McCarthy is not a playmaker but he is known for his ability to keep the ball moving in the middle of the park with his fluent passing and immaculate distribution. A good reader of the game and a player defined by high levels of concentration and composure, the Irishman can also cut out the attacks with crucial tackles and interceptions to break up the play. Furthermore, he knows how to keep the ball and doesn’t hesitate to make runs forward to support the attack.

Read More:- 2 goals, 11 assists – Leeds reviving their interest in this classy playmaker would solve a key issue for Bielsa

McCarthy averaged 46.8 passes per game with an accuracy percentage of 87, including 3.3 successful long balls per game in the 2016-17 season with Everton. He also averaged 2.7 tackles and 1.8 interceptions per game, which speaks volumes of his all-around ability as a central midfielder.

In fact, a player of his calibre would easily be an upgrade on Adam Forshaw and Mateusz Klich. Hence, Leeds can bag a massive coup in their bid for promotion if they can beat the Premier League clubs to secure the services of James McCarthy on loan in January.