England players’ Wags were present in the stadium to lift the mood of their husbands/boyfriends during a World Cup game. Following their 1-0 defeat to the Red Devils, the partners offered the consolation to their beaten warriors.

Rebekah Vardy, who was pictured holding a beer during the game, extended her love to husband Jamie Vardy. The couple were snapped kissing in Kaliningrad. 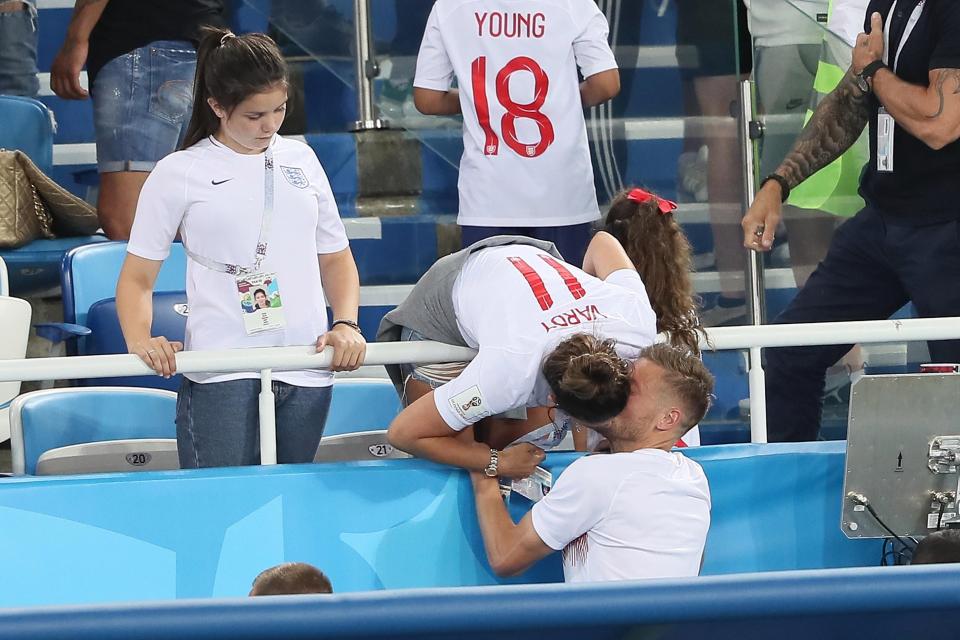 Kyle Walker was on the bench for yesterday’s game.Hhe was embraced by a lovely kiss from his partner Annie Kilner. John Stones was another player who only took part in the first half. He too was pictured canoodling his long-time girlfriend Millie Savage.

Marcus Rashford had a disappointing game but his girlfriend was present to solace her partner. There were other players namely Harry Maguire, Jack Butland, Raheem Sterling, Jordan Pickford, Ashley Young, etc. whose better halves were present after the full-time whistle. Take a look at some of the snaps below of the attractive English Wags.