Middlesbrough succumbed to a 1-0 defeat against a managerless Sheffield Wednesday at the Riverside Stadium in the Championship on Saturday.

Ex-Boro attacker Adam Reach coolly slotted home the only goal of the game after latching on to a Barry Bannan cross. Lewis Wing almost found an equaliser for the hosts late on but his low effort went wide.

With the defeat at the hands of Sheffield Wednesday, Middlesbrough have dropped to fifth place; with just a two-point cushion keeping them in the playoff spots.

Middlesbrough started strongly though, and Kieran Westwood was called into action by Stewart Downing, whose low drive at the near post was kept out by the Wednesday goalkeeper in the 10th minute.

The hosts could have gone 1-0 down when Wednesday countered with purpose. Barry Bannan opened up the defence, only for Lucas Joao to lose possession at the key moment. Aden Flint, at the other end, steered a free header over the bar from a Jonny Howson corner to compound Boro’s growing frustrations. 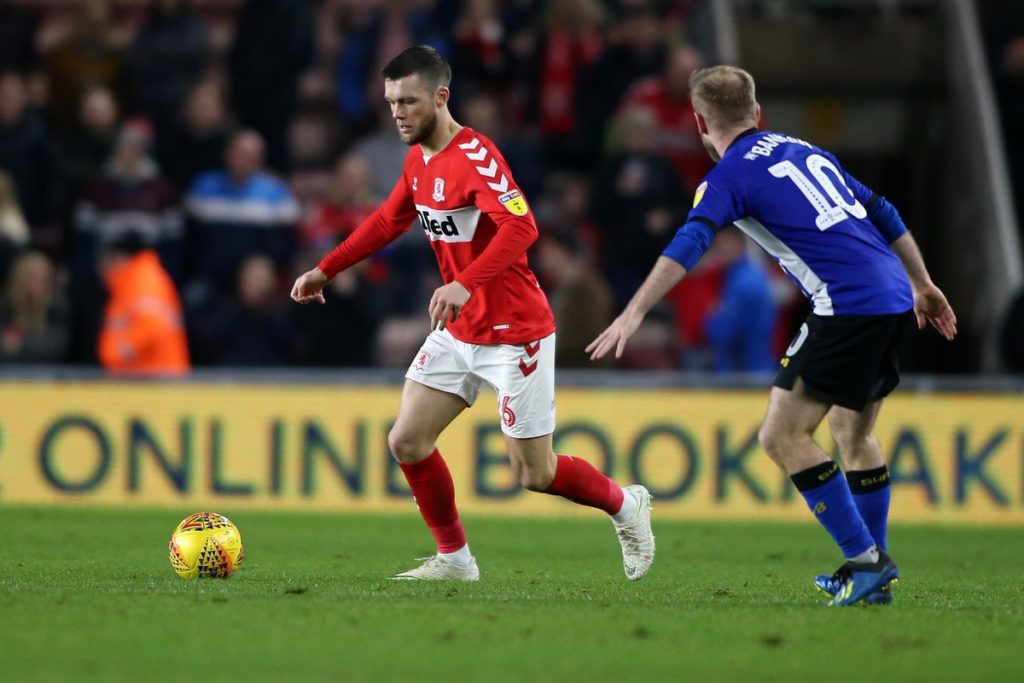 Boro’s frustration coupled with Wednesday’s confidence in their play helped the visitors take the lead in the 20th minute. Bannan played a lovely pass over the top of the Middlesbrough defence and send Reach clear through on goal. Reach expertly controlled the ball, kept his cool and slotted between Darren Randolph’s legs into the back of the net.

Middlesbrough huffed and puffed for the remainder of the first half, with Wednesday frustrating the home side with some calm and composed passing play.

Randolph kept Middlesbrough in the game by racing off his line to keep out Steven Fletcher, who was played through on goal by Bannan. Tony Pulis poured men forward to get an equaliser. Substitute Marcus Tavernier saw his shot deflect over the crossbar while Westwood also made two routine stops to keep out Daniel Ayala and Tavernier.

Read more: Get him Pulis – This Crystal Palace star’s thorough experience could be Middlesbrough’s key to promotion

The closest Middlesbrough came to grabbing a late equaliser was through substitute Lewis Wing, who drilled a shot narrowly wide after an exquisite one-two between him and Mo Besic. In the end, it just didn’t go Boro’s way as Pulis’s side were beaten fair and square by the Owls.

Hugely disappointed with the defeat, here’s how some Middlesbrough fans reacted on Twitter.

#pulisout he never takes responsibility, it’s all about previous manager spending money. Its never his horrific tactics and team selection. The bloke is a fraud and he has to go, he simply has to.

No one cares pulis out

Get out of my club #pulisout

#PulisOut I ain’t coming back til he’s gone

The team performance don’t deserve all supports from fans （including overseas supporters as me）Enough is enough, it’s time to make some changes. #PulisOut

Tony Pulis please leave. Will reiterate what I’ve said before – he’s a dinosaur and his management style has no place in the modern professional game #PulisOut

Worst performance yet. PULIS OUT! We’re a laughing stock.

Come off it! Getting embarrassing now this negative football!!! 😡

Pulis has to go, not only are the performances awful, results aren’t coming and season ticket holders are either staying away or cotenmplating not renewing. He’s a poison that’s spreading throughout the club.