Why Ali Reghba would be a brilliant addition for Leicester City

According to a report from the Daily Mirror, Leicester City are set to sign Irish starlet Ali Reghba after the 19-year-old impressed while on trial with the Foxes.

Ali Reghba scored twice and set up another goal in Monday night’s 3-0 Premier League 2 win over Swansea City. Now the report claims that the teenage sensation is to be rewarded with a deal at the King Power Stadium, becoming the Foxes’ first January signing.

Having started out his career with Shelbourne, Ali Reghba joined Bohemians in March last year and went on to make his league debut in September against St. Patrick’s Athletic. He made a stunning impression on his debut, scoring a brace to guide Bohemians to victory.

The Germany-born teenager is of Irish descent and has played for them at U19 level and is being eyed for promotion to their U21 setup.

Ali Reghba is a tactically versatile forward who can play anywhere across the frontline. He is blessed with good pace, positional awareness and technical abilities that belie his age. The teenager uses his intelligence and strength to hold the ball up and bring his teammates into the game, which makes him a lethal all-round striker.

Strong and athletic, Reghba can be a handful for the defenders to deal with in the box, while his tireless running and work ethic would make him a perfect fit for Claude Puel’s Leicester City.

It seems Iheanacho isn’t competent enough to start regularly for the Foxes and Puel would do a good job with the acquisition of Reghba. 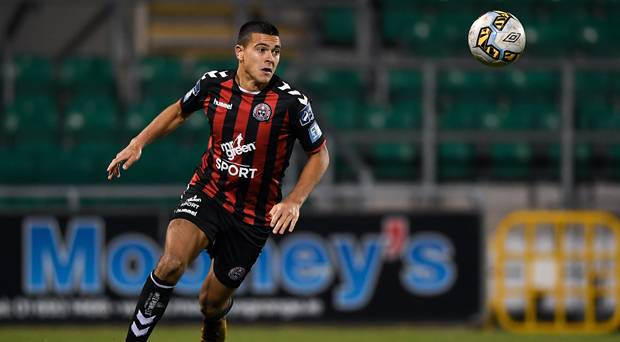 The addition of a significant striking threat up front seems to be an ardent necessity for the Foxes right now. Reghba could be the ideal addition for the Midlands club to add competition as well as cover for the talismanic Jamie Vardy.

Read more: Leicester would be very clever to cash in on the ageing Simpson and sign this Marseille star instead

Leicester are currently in a good position in the Premier League points table, and the potential signing of Reghba would give their chances of achieving a top-eight finish a considerable boost.