According to an earlier report from Calciomercato, Tottenham Hotspur were one of the European clubs interested in Lyon ace Lucas Tousart. But no summer move materialised and the 21-year-old stayed with Lyon.

Lucas Tousart, 21, came up through the ranks with Valenciennes before joining Lyon in 2015, where he has been attempting to establish himself. The midfielder has played over 70 games for Lyon but he has fallen out of favour more often than not this season under Bruno Genesio.

With Mousa Dembele’s Tottenham career seemingly winding down, the time would be ripe in January for Mauricio Pochettino to make a move for Lucas Tousart.

Mousa Dembele, 31, is out of contract at Tottenham at the end of the season and he is no closer to agreeing on a new deal. His expiring deal means he can sign a pre-contract agreement with a foreign club in January or leave the club on a free transfer in the summer of 2019.

Dembele has made 13 appearances in all competitions for Tottenham this season but managed just seven minutes in the 3-2 win over Wolves before going off with an ankle injury.

The Belgian has not played since and is expected to be out beyond January. The 31-year-old has been one of Spurs’ crucial midfield cogs for some years and his injury is bad news for Pochettino.

In a side already hard hit by injury concerns, the absence of Dembele will harm Tottenham’s depth until February. And also with Eric Dier and Victor Wanyama sidelined with injuries, the midfield is an area Pochettino should strengthen in the New Year.

That said, Lucas Tousart fits the bill perfectly for Tottenham. A technically-gifted, hardworking and tenacious midfielder, the 21-year-old can play as a holding midfielder or in central midfield. He excels at winning the ball, quick distribution and also possesses the ability to get forward and support his attackers. 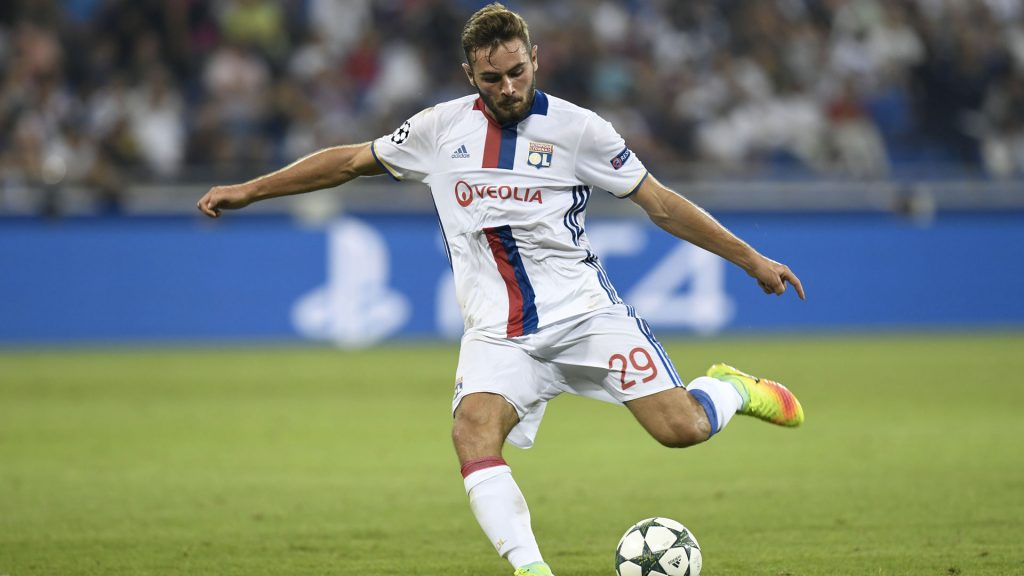 Standing at 6ft 1in, Tousart is strong in the air which helps him go toe-to-toe with physically imposing opposition. The Frenchman can play those defence-splitting passes for his teammates and can also protect the back four with his strength and tackling.

A highly energetic midfielder, the 21-year-old is a good reader of the game and is also known for his superior work rate. Tousart is not particularly known for his goalscoring prowess but he is never afraid to embark on powerful runs higher up the pitch and does not hesitate to go for a crack.

Read more: Here’s why Tottenham should sign this dynamic right-footed trickster in January – could solve a key issue

There is no reason why Pochettino and Spurs shouldn’t make a move for the midfielder. Tousart has all the ingredients to be a long-term replacement for Dembele, while his talent combined with his work rate and willingness to prove himself will be useful in Spurs’ fight for the Premier League title.