Predicted Rangers line-up to face Dundee in the Scottish Premiership

The Gers’ 12-game unbeaten run under new boss Steven Gerrard ended when they were beaten 1-0 by Celtic before the international break, a result that leaves them seven points behind early leaders Hearts.

Gerrard will hope to bounce back from the disappointing Old Firm defeat by beating Dundee, who have lost all of their opening four games in the Scottish Premiership.

Eros Grezda has handed an injury boost to Gerrard by training with his new Rangers teammates for the first time.

Graham Dorrans is close to making a first-team return after recovering from a pre-season setback. Jordan Rossiter continues to be sidelined, but Lassana Coulibaly could make a timely return against Dundee.

Meanwhile, Jamie Murphy has been ruled out for the season.

McGregor is Rangers’ undisputed No.1 and should start the game against Dundee.

Tavernier has been excellent for Rangers this season but produced one of the poorest defensive performances against Celtic. However, he will look to put in an improved performance at the weekend.

Goldson continues to be an assured presence at the back and is an undoubted starter for the game. 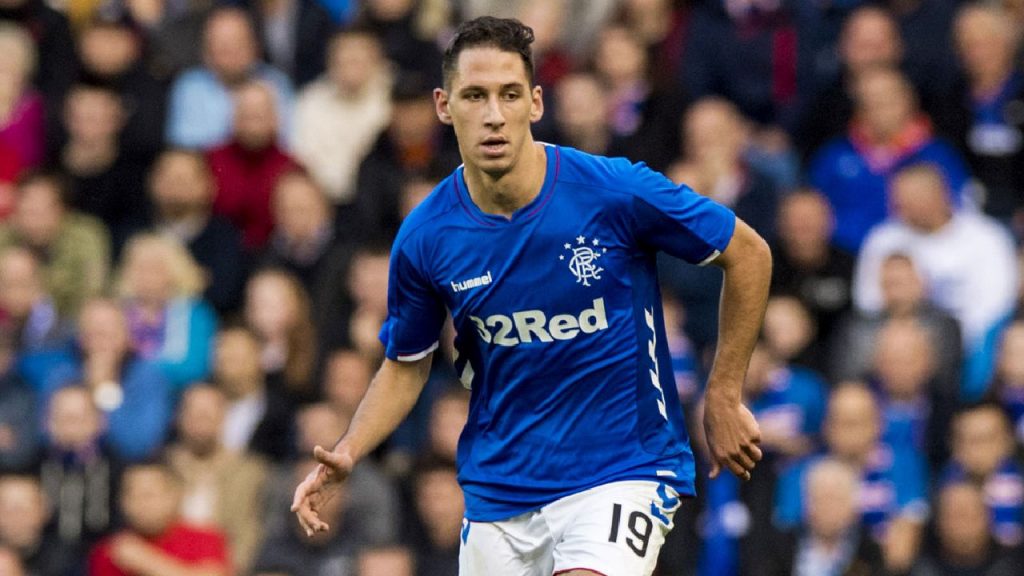 Katic is proving to be Gerrard’s signing of the summer. A rock at the back, the Croatian is set to retain his place in the starting XI.

Barisic has impressed for Rangers since joining them from Osijek in summer. His deliveries from the left could cause problems for the Dundee defenders.

Jack is the player who does the dirty work for Rangers and keeps them ticking. He has massively impressed Gerrard and the Scotsman should retain his place in the team.

Ejaria raises the standard and energy of Rangers’ high pressing midfield, but his presence also allows his teammates to execute their individual roles.

Arfield’s energy and creativity will be crucial in unlocking Dundee’s defence. He is a definite starter for the weekend’s game.

Kent fulfils an essential role in the team and is a sprightly performer on the wing. However, he needs to improve his end product.

Morelos couldn’t impose himself physically against Celtic. The young Colombian has been a bundle of energy this season and would be looking to get himself on the score sheet this weekend.

Read more: 5 points in 4 games – Rangers are nowhere near Celtic and Gerrard has a long way to go in achieving his target

Lafferty has done well since re-joining Rangers and his burly frame up front could cause Dundee a lot of problems.