Predicted Rangers line-up to face Celtic in the Scottish Premiership

Celtic and Rangers renew their Old Firm derby rivalry on Sunday in a game that sees Brendan Rodgers and Steven Gerrard meet as managers for the first time.

Rangers are currently unbeaten in 12 matches across all competitions as Gerrard’s men booked their place in the Europa League group stage.

The Gers have been flying under Gerrard this season and they can certainly grind out a win at Celtic Park on Sunday.

Joe Worrall and Eros Grezda could make it to the squad after completing their moves from Nottingham Forest and Osijek respectively earlier this week.

Lassana Coulibaly remains out along with Graham Dorrans and Jordan Rossiter, while Jamie Murphy has been ruled out for the season.

McGregor has been excellent in goal since re-joining Rangers earlier this summer. He is expected to start against Celtic.

An attacking right-back, Tavernier needs to be at his best on Sunday. He has been really good so far this season and Gerrard would hope that Tavernier delivers the goods at Celtic.

Goldson continues to impress with his solid displays in defence. He is an undoubted starter for the game.

Partnering Goldson at the heart of Celtic’s defence would be Katic, who is proving to be the signing of the summer for Rangers.

Barisic has settled into the Rangers’ XI very well since joining from Osijek this summer. A leader on and off the pitch, he would look to make his mark in his first Old Firm derby.

Ejaria has been excellent in the last couple of games, with the on-loan Liverpool youngster scoring a spectacular goal against FC Ufa on Thursday. He is a sure starter on Sunday.

Jack provides Rangers with the balance in midfield. He sits in front of the backline and shields it.

Arfield will be deployed on the left-wing and he has to be at his sublime best if Rangers are to win at Celtic.

Candeias keeps the ability to produce things out of nothing and he should be deployed on the right. 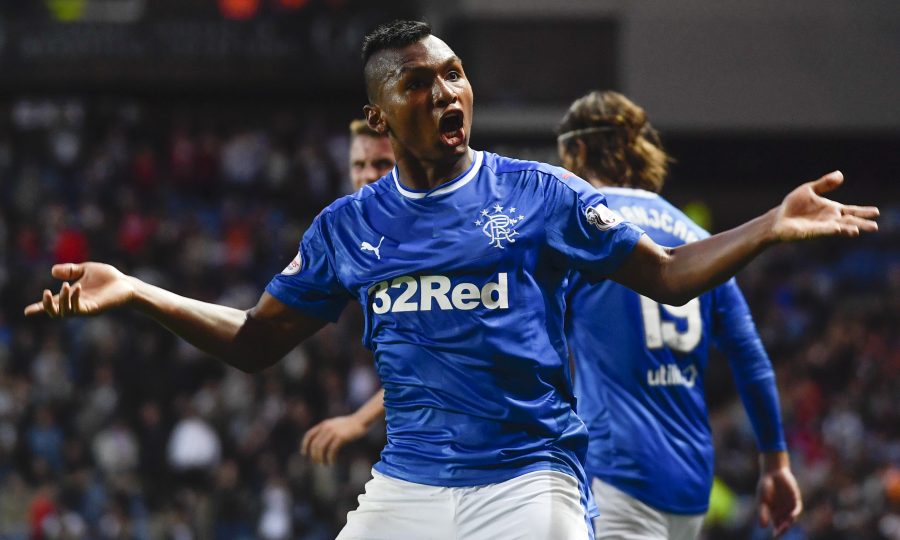 Morelos was sent off in the game against FC Ufa but he should come back to the starting XI against Celtic. The young Colombian will be desperate to break his jinx against Rodgers’ men on Sunday.

Read more: 3 Quality centre-backs Rangers could sign before the deadline including this Premier League winner

Lafferty has done well since re-joining Rangers and his physicality up front could cause Celtic a lot of problems.