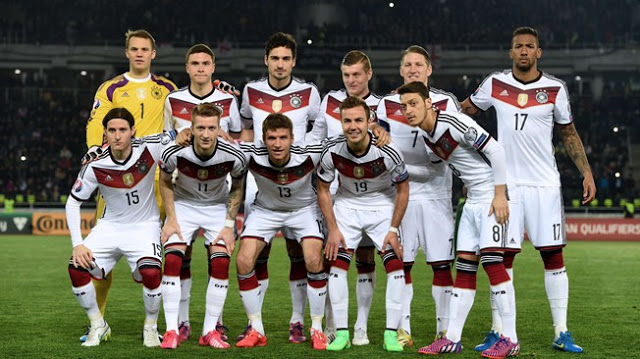 Germany will take on Spain in one of the most widely anticipated fixtures in the upcoming round of international friendlies on Friday night at the ESPRIT Arena, Düsseldorf.

The two heavyweights of world football are expected to put on a show for the fans as they begin their preparations for the summer’s FIFA World Cup 2018 to be held in Russia.

Joachim Low’s world champions are currently on a 21-game unbeaten run and sit on top of the FIFA rankings following their brilliant World Cup qualifiers campaign where they won all ten fixtures on the way to topping their group. Die Mannschaft were, however, held to two consecutive draws by England and France in their most recent fixtures in November last year.

Julen Lopetegui’s Spain side were triumphant in all but one of their qualifier games, achieving direct qualification to the showpiece event in Russia. They have registered one win and one draw in the two matches post their qualifying game. La Roja are yet to lose a single game since Lopetegui’s appointment following the UEFA EURO 2016 tournament.

Marco Reus is a notable absentee from the Germany squad for the upcoming friendlies while Manuel Neuer is not a part of the team owing to injury problems that have plagued him throughout the season. Borussia Dortmund pair of Mario Gotze and Andre Schurrle are other high-profile absentees in Low’s side. Sebastian Rudy has withdrawn from the squad due to personal reasons. 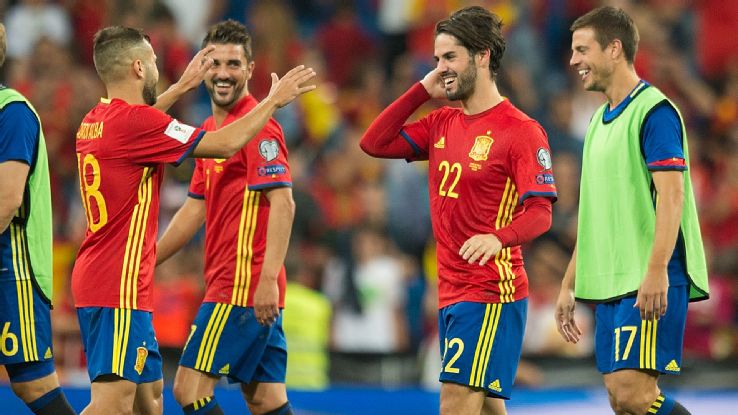 Lopetegui has handed Chelsea left-back Marcos Alonso his first ever international call-up. However, Alonso’s club teammates Alvaro Morata, Cesc Fabregas and Pedro were all chopped out from the squad, while Manchester United’s Juan Mata hasn’t found a place too. Diego Costa returns to the international scenes, having been in fine form for Atletico Madrid since his return to action in January.

Thiago Alcantara has been training with the squad but remains a doubt for the game owing to a back injury he picked up while playing for his club Bayern Munich against Besiktas in the UEFA Champions League.

Both the teams have been on a solid run of form in the lead up to this game and will be keen on making a statement of intent ahead of the World Cup by getting one over each other on Friday. However, given the balance and the depth that this Germany side has, I tip them to emerge as 2-1 winners at Dusseldorf.