Predicted Stoke City line-up to face Rotherham in the Championship

Stoke City were once again poor as Nottingham Forest beat the Potters 3-2 in the League Cup. Gary Rowett’s men have largely disappointed this season and they need some positive results, failing which the club could be looking at another relegation.

The Potters return to the Championship this weekend to take on Rotherham United. Both clubs are currently languishing right above the drop zone with 9 points each. Gary Rowett and Paul Warne desperately need points from this game.

Gary Rowett will be glad all his players returned unscathed from their mid-week clash. Ibrahim Afellay, Sam Clucas and James McClean are still out and will not be available for this game.

Stoke are going to need strong performances from their shot-stopper if they are to have any hopes of making it back to the top.

Martina has looked lively and has shown urgency since making his loan move from Everton. He will start at right-back for this game.

Shawcross has been the leader of this backline for a long time now. He needs to guide them back to the Premier League.

Martins Indi looked decent in the midweek loss against Nottingham but the Dutchman definitely needs to up his game. 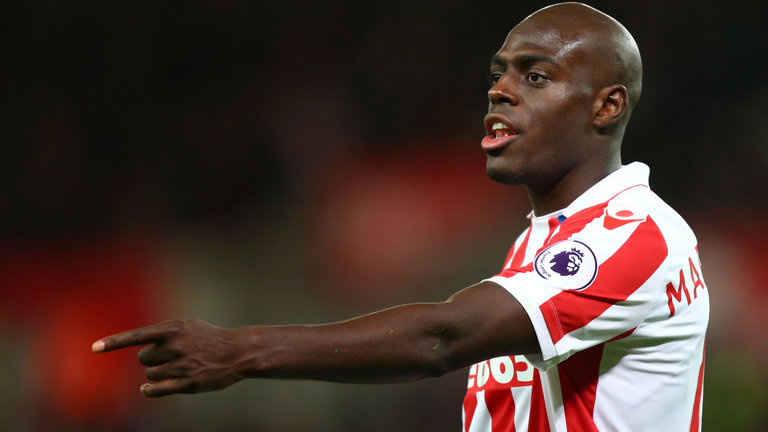 Pieters’ marauding runs down the flank have been fruitful for Stoke going forward. More of the same will be required of him against Rotherham.

With a pass success rate of 87%, Etebo has been good with his distribution but he needs to work on his defence a little.

The English midfielder has impressed after receiving an extended role in the squad this season. He should return for this clash.

Allen’s ability to pick the passes is unrivalled in this squad. A sure starter.

Ince scored in the last league game against Blackburn Rovers and will now be aiming to maintain his form.

Stoke City’s top-scorer in the league seems to have slightly faded away but he has a good chance of finding the back of the net in this one.

Diouf has impressed after being shifted out to the left this season. He will continue on the flank for this one as well.