When 19-year old Gabriel Jesus arrived at Manchester City, there was a lot of hype and fanfare surrounding the Brazilian. But there were some sceptics as well, warning not to expect a lot from the teenager, given his young age, suggesting it would take time for Jesus to adapt to the rigours of the Premier League.

However, with four excellent displays under his belt since his arrival, Jesus has ensured that he has silenced those doubters and has made sure that the entire footballing world has stood up and taken notice.

Jesus arrived in England in January from Brazilian side Palmeiras for a fee reported to be in the range of £27m. There was a lot of uncertainty surrounding the 19-year old, questions if he would be able to make the step up to one of the biggest footballing stages in the world, but the Brazilian has dispelled all the negativity by hitting the ground running and how!

From the moment he took the field against Tottenham Hotspur two weeks back, Jesus has looked at home in City colours. He had only 10 minutes on his debut, but the teen sensation made an immediate impact, as he made a great run down the byline and produced a dangerous cut-back, sent a looping header just over the bar and eventually hit the ball into the net, only to see it ruled out for offside.

But in that short appearance, he had convinced Guardiola of his abilities. He had won the heart of the manager. And a week later, he got his first start in the FA Cup fixture against Crystal Palace where he impressed again, getting himself an assist. Three days later, he once again got the nod, against West Ham United, in the league and Jesus did not disappoint. With his first goal against the Hammers, and an assist to go along with, the 19-year old had truly arrived in England. 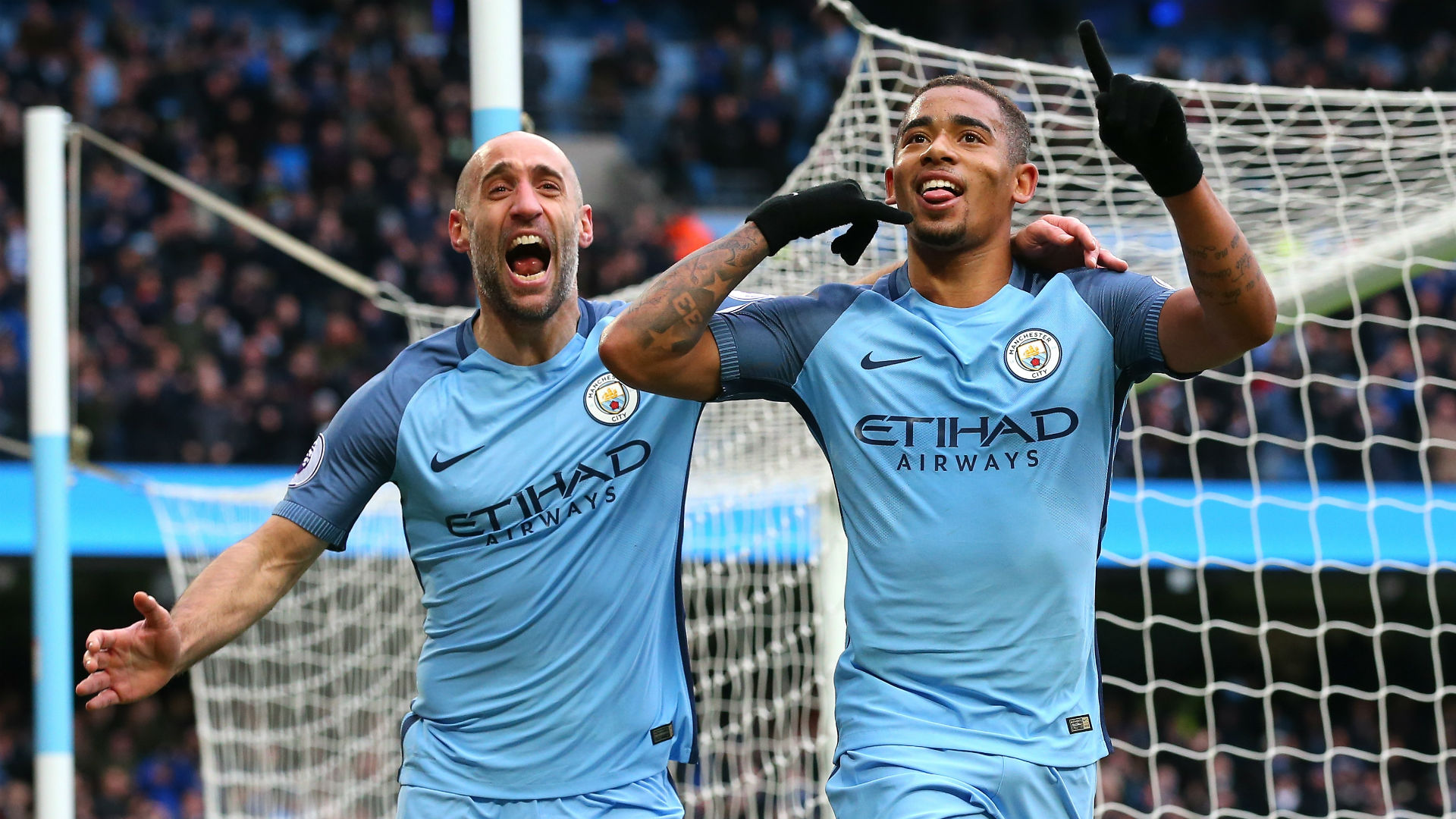 Immediately, he had become a favourite among the fans. He was dragging Manchester City with his endeavour and exuberance. City, who had been on the downslide, having moved out of the top-four, were rejuvenated by the addition of Jesus suddenly.

But his best was yet to come. He once again having kept Sergio Aguero out of the side for the second straight match against Swansea City, Jesus repaid his manager’s trust with another match-winning performance.

It all started in the 11th minute, when the Brazilian hit home the opener with a smart finish, from a David Silva cut back and kept coming at the Swans’ defence throughout the game, looking to make things happen. When Gylfi Sigurdsson equalized for the Welsh outfit late in the game, City looked to have lost the chance to seal a win. But the diminutive Brazilian was not to be bogged down and two minutes into the injury time, Jesus was again at hand to find the back of the net once again guaranteeing the three points for his team and as a result, helping them move into the third place in the table.

In his four appearances for City, Jesus has demonstrated all the traits and the arrays of abilities that he possesses and has demonstrated the willingness and the desire to succeed at the grandest of the stages. He makes things happen in the final-third and so far, has made a huge difference to his team.

It is not easy to force someone of the class and calibre of Sergio Aguero out of the team, but the Brazilian has done that and looks like he will keep hold of the starting spot for quite some time to come. Three goals, two assists and Jesus is just getting started. Jesus is no more just a new kid on the block, there’s a new star born in the Premier League.