According to a report in Sun, Fulham are viewing Brighton winger Anthony Knockaert as one of their transfer targets for this window as they aim to come back to the Premier League next year.

The Cottagers have made contact with Brighton over the signature of the player. While a formal offer is yet to be made, a fee of around £15m is being discussed. (h/t Sun) 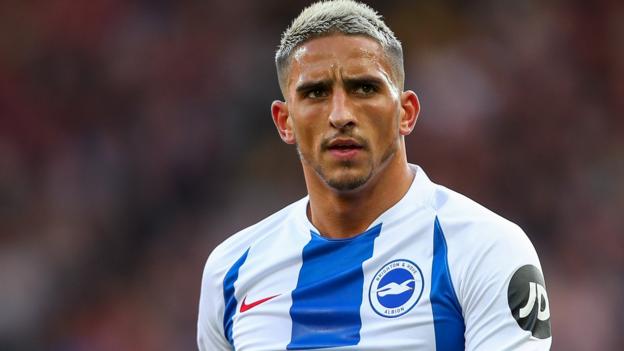 Knockaert could be tempted to drop down a division in the wake of increment in his wages. He currently earns around £40,000-per-week at the Amex. (h/t Sun)

On the other hand, Fulham, who got relegated to the Championship after getting promoted to the Premier League last year, are aiming to sign a wide player who can score/assist goals and help the team fight for promotion again. (h/t Sun)

Here’s why signing Knockaert would be good for them ahead of next season:

Cottagers could get a quality wide player

Predominantly a right-winger, he often uses his left foot to cut inside. Furthermore, Anthony Knockaert is capable of playing on the left-wing or as a support striker if required by the team.

The 27-year-old has struggled to regularly perform after Brighton’s promotion to the Premier League. However, he was one of the better wingers in the Championship.

In terms of his attributes, Knockaert is good at taking the ball and taking on defenders. He can supply good crosses into the box and is effective while cutting inside and unleashing a shot towards the goal with his left foot.

If Fulham are looking to sign him because they are short on options in the wide areas, it is the right decision. The Frenchman could be their first-choice right-winger for the upcoming seasons.

All in all, we can conclude by saying that the Cottagers shouldn’t hesitate to fork out the cash to sign Anthony Knockaert during this transfer window. With Ryan Babel and Andre Schurrle gone, they could get a perfect replacement in the Brighton man.