According to reports, Brighton and Hove Albion have rejected a bid from Fulham for midfielder Oliver Norwood.

Norwood, 27, spent last season on loan at Fulham in the Championship and played 41 games for them in all competitions. He played a crucial part in the Cottagers’ promotion to the Premier League under Slavisa Jokanovic.

A couple of weeks back, Fulham shattered their transfer record to land Jean Michael Seri from OGC Nice. Seri is a quality player and his signing means the Cottagers are now well stocked in the midfield department. Regardless of that, should Jokanovic make a move for Norwood?

Why not? The Cottagers need quality as well as a big squad to rub shoulders with the Premier League teams. Generally, fatigue and injuries come into play at some point in the season and it is always important to have a beefed-up squad. Considering that aspect, Jokanovic must look to bring Norwood back to Craven Cottage.

He has bags of experience playing in the Championship and has been promoted twice in the past two seasons with Brighton and Fulham respectively. The Northern Irishman started his career at Manchester United and has gained experienced playing on loan at Carlisle United, Scunthorpe United and Coventry City before joining Huddersfield Town in 2012.

After a couple of years with Huddersfield, Norwood signed for Reading before turning up for Brighton in 2016. He helped the Seagulls gain promotion to the top-flight in his first season at the club. But the midfielder was farmed out on loan to Fulham last season where he impressed massively, after a slow start.

The presence of Tom Cairney and Stefan Johansen in midfield meant Norwood had to wait for his chance at Fulham. Norwood got a chance when Cairney struggled with knee problems but he failed to impress and looked short of confidence. However, the return of Cairney to the first-team saw a drastic change in Norwood’s form as the latter offered excellent defensive cover.

The Northern Ireland international offered a solid base in midfield as he allowed the attackers to influence the game in the final third. Norwood suddenly became a key player in Fulham’s midfield and his contributions started to become visible. 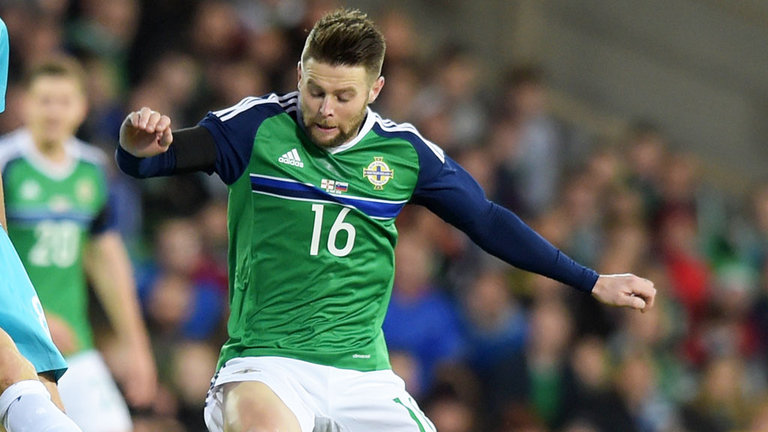 Slowly but steadily, Norwood became a valuable member for Jokanovic and provided a different dimension to the midfield with his energetic and hard-tackling displays. Also, he managed 5 goals and 3 assists, which points to the fact that he wasn’t left behind when it came to making a mark in the attack.

Although better suited to a holding position, Norwood can also ply his trade further up the pitch in a more attacking role, a revolving factor which could help Jokanovic freshen up his approach in the upcoming gruelling Premier League season.

Seemingly cast out of Chris Hughton’s Brighton squad next term, it would be wise for Fulham to go all out and sign Norwood.