According to a report in Wales Online, Fulham are closing in on the signature of Everton midfielder Muhamed Besic during this transfer window. The fee is around £5m.

The Bosnia international, who played for Middlesbrough on loan from Everton for the last 18 months and did a good job, is being told by manager Marco Silva that he is not in his plans (h/t Wales Online). 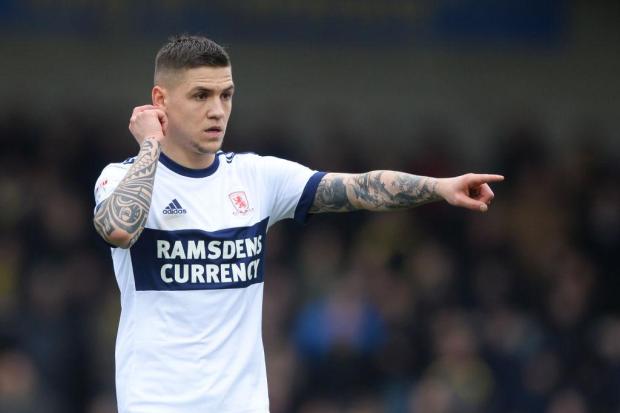 Besic, who still has a contract at Goodison Park until the summer of 2021, wants to stay in the Premier League but there have been no offers from top-flight clubs other than the newly-relegated Fulham. (h/t Wales Online)

The Cottagers, on the other hand, are quite evidently looking to get back to the Premier League as quickly as they can by signing quality players ahead of next season.

Here’s why signing Besic would be a positive move to bolster their midfield:

Besic’s quality and versatility could be key for Fulham

Predominantly a defensive midfield player who likes to protect the back four and do the “dirty work”, Muhamed Besic is versatile enough to play in central defence and at full-back as well.

During the course of the 2018/19 season at Middlesbrough, the Bosnian star operated as a defensive midfielder, as a right-back and as a central midfielder as well. He appeared 37 times in the Championship, scoring two goals and assisting five. In terms of attributes, Besic is a quality player who is physically strong on/off the ball and is aware of covering the spaces to defend while playing as a defensive midfielder. He can also pass the ball with accuracy from deeper positions and can make surging runs through midfield with the ball to create a chance for the team.

With Fulham being in the Championship, they are expecting someone to hold their midfield together and understandably so. They are right in opting to make a move for the 26-year-old ahead of next season.

All in all, we can conclude by saying that the Cottagers should do everything to get this deal done as soon as possible and have Muhamed Besic in their squad.