According to a report in Northern Echo, Fulham are interested in making a move for Middlesbrough forward Britt Assombalonga during this transfer window.

After spending one season in the Premier League, the Cottagers are back in the Championship. They are looking to rebuild the squad under new manager Scott Parker. 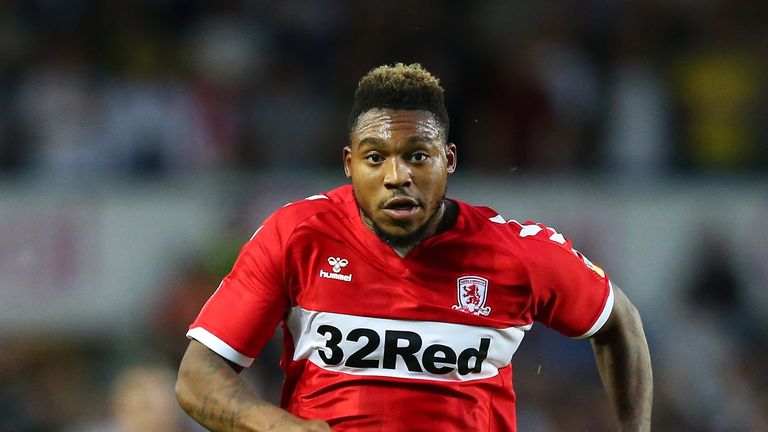 As per the report, Middlesbrough will be happy to offload the 26-year-old to reduce their wage bill to a larger extent (h/t Northern Echo). They signed two years back from Nottingham Forest for a whopping fee of £15m. (h/t BBC)

Here’s why Fulham shouldn’t hesitate in making a move for the forward:

It is a hot topic these days that Aleksandar Mitrovic could be on his way out of Craven Cottage this summer. Fulham have also slapped a price tag of £30m if any club are eager to make a move for the Serbian international. (h/t Standard)

The 24-year-old was the Cottagers’ main goal threat in the Premier League, where he scored 11 goals and provided three assists in 37 appearances.

But, irrespective of whether Mitrovic leaves or stays, Scott Parker’s men need more goalscoring threat up top. For that reason, it is a no-brainer that they make a move for Assombalonga.

The 26-year-old can play in various positions across the front line and is a genuine threat to any defence. His record in the past two Championship seasons with Middlesbrough clearly speaks for itself, with 29 goals and two assists in 86 appearances after not being a regular starter in every game.

Hence, Fulham should beat Sheffield United in the signature of Britt Assombalonga. Even though the latter has the Premier League pull, the Cottagers must do everything to bring the player to Craven Cottage as he could help them enter the Premier League immediately.