Brighton and Hove Albion are a club currently in good form and a number of Fantasy Premier League managers should be stocking up on the Seagulls as they enter a very kind run of fixtures. Chris Hughton’s men have won their last three games and have not let in any goals.

After failing to keep a single clean sheet in the opening 7 weeks, the Brighton defence has now kept 3 consecutive clean sheets and is proving to be extremely rigid at the back. Matt Ryan is proving to be an essential budget goalkeeper at the moment and managers should definitely bring in the Brighton shot-stopper who has scored 10,11 and 9 points in his last three fixtures respectively.

Priced at £4.5million, Ryan is delivering the returns of a premium priced goalkeeper. His added ability to make important saves has seen him collect numerous bonus points as well. The Australian has picked up a total of 7 bonus points over the last three weeks, which is the most by any goalkeeper in that time.

Only Jordan Pickford has managed to beat the Brighton keeper’s points tally over the last two weeks which was purely due to his back to back penalty saves in the Premier League.

Managers should take a look at Brighton’s defenders as well. Shane Duffy looks an exciting prospect priced just £4.6million. The centre-back has already registered 2 goals and 2 assists this season. He is a massive threat from aerial situations and tends to pick up bonus points whenever the Seagulls keep a clean sheet.

Lewis Dunk and Bruno are also splendid alternatives for managers who are looking to save £0.1million. Dunk is priced at £4.4million and has missed just one game this season, though the defender rarely collects bonus points.

Bruno, on the other hand, has picked up 7,6 and 12 points over the last three weeks respectively. The full-back also picked up an assist in the last game that saw him record a bumper 12 point haul.

Managers looking for attacking prospects should definitely take a look at Glenn Murray. Though not the most explosive striker out there, the veteran forward is extremely clinical in front of the goal and rarely scuppers his chances. 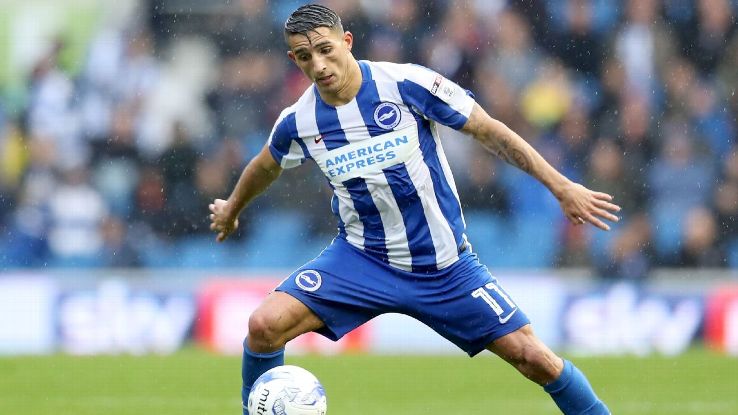 Murray is available at £6.5million and has already scored 6 goals this season. His last goal was the striker’s 100th one in a Brighton kit and there will definitely be more on the way. Those looking for a slightly more differential kind of player can bring in Murray’s compatriot Anthony Knockaert.

Though he was benched in the last two games, at £5.5million, the midfielder is definitely of good value. He has been strong at home as well.

Up until gameweek 17, Brighton have a kind run of fixtures with just Everton and Leicester City ranking 3 in fixture difficulty rating. Managers must definitely jump onto the Seagulls wagon as they prepare to embark on a what could be a fantasy spree. Those who fail to do so will definitely miss out on a good chunk of points.